Historian, Schomburg Center for Research in Black Culture fellow to give Piediscalzi Lecture at Wright State 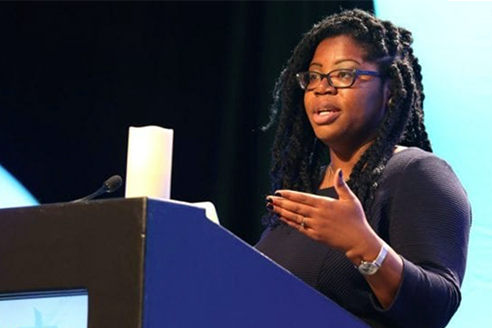 Shannen Dee Williams will discuss the historical impact of Black Catholic nuns in the United States on Feb. 2 at Wright State.

Shannen Dee Williams, Ph.D., scholar-in-residence fellow at the Schomburg Center for Research in Black Culture in New York City, will discuss the historical impact of Black Catholic nuns in the United States during the Piediscalzi Lecture in Religion and American Culture at Wright State University.

Williams will present “American’s Real Sister Act: The Hidden History of Black Catholic Nuns in the United States” on Thursday, Feb. 2, from 5:30 to 7 p.m. in the Discovery Room (163) in the Student Union. The lecture is free and open to the public.

The Piediscalzi Lecture series at Wright State aims to create an opportunity for members of the university community to join with residents of the Dayton region to consider a topic of current religious interest. It honors Nicholas Piediscalzi, a founding member of the religion department.

Williams is an associate professor of history at the University of Dayton. A historian of the African American experience, she has research and teaching specializations in women’s, religious and Black freedom movement history.

Williams is the author of “Subversive Habits: Black Catholic Nuns in the Long African American Freedom Struggle,” which she describes as “the first full history of Black Catholic nuns in the United States, hailing them as the forgotten prophets of Catholicism and democracy.”

“On behalf of the Religion Program in the School of Humanities and Cultural Studies, I’m really looking forward to having Dr. Shannen Dee Williams visit Wright State to deliver this year’s Piediscalzi Lecture,” said Alpana Sharma, Ph.D., professor of English and chair of the Wright State School of Humanities and Cultural Studies. 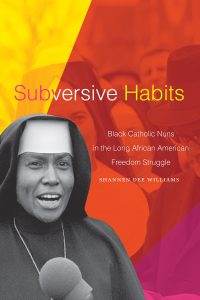 “Dr. Williams’s lecture is especially interesting to me because she focuses on what she calls a ‘hidden history’: the history of the struggle by Black Catholic nuns to earn their rightful seat both in the Roman Catholic Church and in the political and social life of the United States itself,” said Sharma.

In addition to the Schomburg Center for Research in Black Culture, Williams’s research has been supported by the Charlotte W. Newcombe Doctoral Fellowship in Religion and Ethics from the Woodrow Wilson National Foundation, the Albert J. Beveridge Grant from the American Historical Association and the John Tracy Ellis Dissertation Award from the American Catholic Historical Association.

A distinguished lecturer for the Organization of American Historians, Williams also authored the award-winning column “The Griot’s Cross,” published by the Catholic News Service. Her work has been published in the Journal of African American History, American Catholic Studies, the Washington Post, America Magazine and the National Catholic Reporter.

The Piediscalzi Lecture is sponsored by the Religion, Philosophy and Classics programs in the School of Humanities and Cultural Studies.

For more information, contact the School of Humanities and Cultural Studies at 937-775-3136 or SOHCS@wright.edu.