President David R. Hopkins to step down ahead of scheduled retirement to help smooth transition 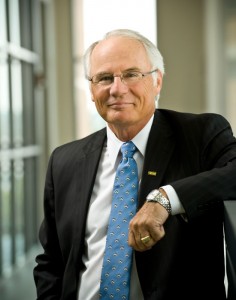 Wright State University President David R. Hopkins has decided to step down as president ahead of his scheduled retirement on June 30 in order to allow for a smooth and effective transition for President-designate Cheryl B. Schrader.

Curtis L. McCray has been appointed as interim president to serve the remainder of Hopkins’ term.

The personnel moves are subject to approval by the Wright State Board of Trustees, as are all personnel changes.

McCray, who has experience in leading presidential transitions, will be charged with overseeing university operations, crafting a budget that gives the university a financially sustainable future, achieving the highest possible student enrollment and laying a strong foundation to help Schrader be successful.

Under McCray’s direction, Provost Tom Sudkamp and Chief Financial Officer Jeff Ulliman will work on a budget remediation plan to address shortfalls in the university’s budget.

The Wright State trustees first began working with McCray when he served as a consultant to provide an operational review of the university as part of the search for a new president. He became knowledgeable about Wright State through dozens of interviews and shared that information with the presidential finalists.

“Wright State University has grown and advanced thanks to the dedication and commitment of Dr. Hopkins,” said Board Chair Michael C. Bridges. “Now, it’s time to move forward with new leadership, to boldly face the challenges at hand and seize the potential of this great university.”

Schrader, chancellor of Missouri University of Science and Technology, will assume the presidency of Wright State on July 1. She was appointed by the Board of Trustees on March 6 following a national search that produced a pool of 61 candidates.

Hopkins will remain at Wright State in a faculty position, teaching in the College of Education and Human Services. He will be paid an annual salary of $200,000, giving up the $432,000 in base pay he would have been owed as president. He will preside over spring commencement and attend the highly popular ArtsGala.

At Wright State, Hopkins served as provost, the university’s chief academic and operating officer, from 2003 until he assumed the presidency in 2007.

Under his leadership as president, Wright State reached record high enrollments and levels of research funding, and won national recognition for its service to military veterans, students with disabilities and community service and engagement. 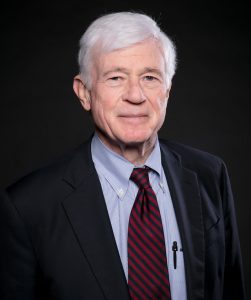 Curtis L. McCray will serve as interim president until Cheryl B. Schrader takes office as president on July 1.

The university’s five-year strategic plan guided by Hopkins resulted in every single college and school having nationally recognized programs, faculty and alumni; the state of Ohio recognizing six centers of excellence; the university awarding over 30,000 degrees; and the university garnering $800 million in research and sponsored programs, drawing more than $100 million in a single year for the first time in its history.

Hopkins has also overseen extensive campus construction that includes the Neuroscience Engineering Collaboration Building, a unique facility that provides “bench to bedside” pathways for commercializing Wright State research. His tenure also includes construction of the Student Success Center, the Wright State Physicians building and the expansion and modernization of the Creative Arts Center.

Hopkins oversaw the highly successful Rise. Shine. fundraising campaign, which raised a record of more than $160 million to expand scholarships, attract more top-flight faculty and support construction of state-of-the-art facilities. And he was instrumental in bringing to fruition the Tom Hanks Center for Motion Pictures and getting Hanks to come to Wright State to dedicate the building.

A central theme to Hopkins’ administration has been the creation of a culture for innovation throughout the university that is reflected through the development of several Centers of Excellence. Six of these multidisciplinary units have been designated Ohio Centers of Excellence by the state and reflect a commitment to technology-based economic development by attracting and retaining national researchers, educators, artists, students, and investments to produce a quality of life conducive to future growth that will transform the region.

Hopkins has served as chair of the Inter-University Council of Ohio and the National Collegiate Conference Association (NCAA), Division 1, Executive Committee and Board of Directors.

In 2010, Hopkins was chosen as one of the 25 most influential people in the Dayton region during the first decade of the 21st century. He also received the Dayton Business Journal’s Regional Leadership Award for 2012 in recognition for his leadership in trying to help improve the local community.