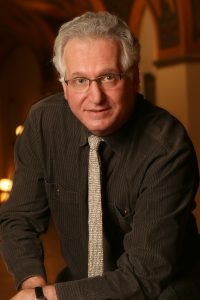 Jack Viertel is one of Broadway’s leading producers.

Jack Viertel, one of Broadway’s leading producers, will give two talks about creating and producing commercial theatre during a visit at Wright State University on Tuesday, Nov. 28.

Viertel will give a talk on his New York Times bestselling book, “The Secret Life of the American Musical,” from 10 a.m. to noon, followed by an interview and discussion with Joe Deer, director of Wright State’s Musical Theatre Initiative, from 1 to 3 p.m.

Both talks will be held in the Directing Lab in the Creative Arts Center. The events are free and open to the public.

Viertel is the latest guest to visit Wright State as part of the Musical Theatre Initiative‘s Distinguished Arts Lecture Series. The Musical Theatre Initiative celebrates and explores the history, culture and craft of the musical theatre through guest artist residencies, concert performances and international conferences. Viertel is a member of the initiative’s advisory board.

As the senior vice president of Jujamcyn Theaters, which owns and operates five Broadway theaters, Viertel has been involved in dozens of productions, including Pulitzer Prize and Tony Award winners from “City of Angels” to “Angels in America.” He has also helped shepherd six of August Wilson’s plays to Broadway.

He is also the artistic director of New York City Center’s acclaimed Encores musical series, overseeing 50 shows. In addition, Viertel has taught musical theater at the Tisch School of the Arts at New York University.