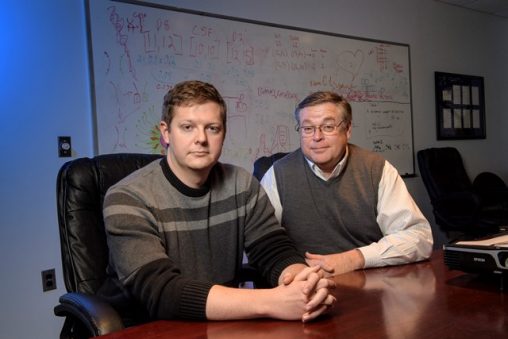 A Wright State University computer science student has become a key player in a debate over computer software designed to test for the presence of DNA in criminal cases.

Nathan Adams, who is pursuing a master’s degree in computer science and works as a consultant for Wright State DNA expert Dan Krane, has submitted affidavits as an expert witness in a New York court case that could reshape how DNA software is used.

In recent years, crime labs have come under increasing pressure to get DNA test results from smaller and more complex samples that often include DNA from multiple individuals. As a result, companies have developed software called probabilistic genotyping that attaches a statistical weight to the findings.

However, software companies and crime labs have resisted calls for them to publicly disclose the source code, which demonstrates how the program operates in order to reach the findings.

“We have railed against that since the beginning, about the need for more transparency with that software,” said Krane, a Wright State biology professor.

Krane quickly points out that software engineers have developed a very rigorous approach for validating and verifying computer software in other critical systems, such as those used in aircraft.

Last year, Adams was asked by defense attorneys in a New York court case to review the source code of probabilistic genotyping software used to make DNA findings in the case.

“We came up with a result that was different from what the lab put in their validation study,” said Adams.

He said the correctness of the behavior of the software should be seriously questioned until it can be more thoroughly reviewed.

In October, the judge in the case unsealed the source code and full versions of Adams’ affidavits, enabling the computer science and engineering community to scrutinize and critically review the documents.

“Within a day or so, Nathan comes across as some sort of superhero,” said Krane. “There is nothing but vociferous support.”

Adams was born in Missouri and moved to the Dayton area when he was a young boy, graduating from Oakwood High School in 2004. He earned his associate degree at Sinclair College and at Wright State, where he received his bachelor’s degree in computer science and is currently working on his master’s degree.

Adams is now looked at as an authority on software development and quality. He was recently a featured speaker at a conference at the Benjamin N. Cardozo School of Law at Yeshiva University in New York City.

In a letter to the editor of the Journal of Forensic Science scheduled for publication in January, Krane wrote that verification and validation of probabilistic genotyping systems require urgent attention from the forensic science community.

“The thing that excites me is that we’ve been arguing that there needs to be more transparency in all of these probabilistic genotyping programs,” said Krane. “Now that we can show that there is something that can come from it, I think it makes it all the easier to argue that other programs need to have the same type of scrutiny.”