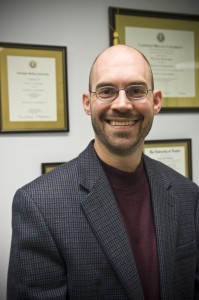 Nathan Klingbeil, along with colleagues Kuldip Rattan, Michael Raymer, David Reynolds and Richard Mercer, has helped redesign the university’s engineering mathematics curriculum to increase retention and graduation, a model that is spreading across the country.

An engineering professor who is helping boost the graduation rate, an expert in Athletic Training who has also developed programs for the Latino community and two other Wright State University educators are among college officials around the state honored by Ohio Magazine.

“I was really caught off guard,” Ortiz said. “I was shocked because there are a lot of other good people deserving of this award on this campus.”

Ortiz heads the Latino Dream Team, a proactive group of area Latino organizations whose mission is to preserve the culture of Latinos and assimilate them into the fabric of the community. The group has taken the lead in addressing education, health care, economic and quality-of-life issues relating to the Latino community. 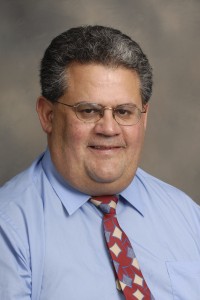 Tony Ortiz heads the Latino Dream Team, a proactive group of area Latino organizations whose mission is to preserve the culture of Latinos and assimilate them into the fabric of the community.

“We started some programs that are starting to be sustainable on their own,” he said.

Klingbeil, along with colleagues Kuldip Rattan, Michael Raymer, David Reynolds and Richard Mercer, has helped redesign the university’s engineering mathematics curriculum to increase retention and graduation, a model that is spreading across the country.

Kenyon called the magazine’s recognition a special honor. Her research focuses on engaging K-12 students and teachers in scientific practices such as explanation, argumentation and scientific modeling.

“I want students to learn how to reason scientifically, not just memorizing a body of facts,” Kenyon said. “Preservice teachers are our future science teachers, and I think it is important for them to have all the necessary knowledge, skills and excitement about teaching science.”

Said Slattery, “In my 17 years at Wright State, I’ve tried to build the public’s knowledge of earth science, provide undergraduate student teachers with the understanding they need to help future students succeed, and provide the tools for K-12 classroom educators to build their students’ knowledge and understanding of STEM science.”

Klingbeil said the sequencing of calculus courses at Wright State and other universities was making it difficult and discouraging for incoming engineering students, causing many to drop out. 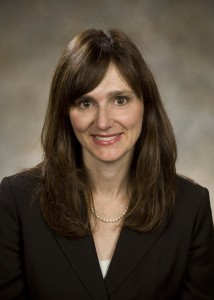 “What we’ve tried to fix is the inaccessibility of the traditional engineering curriculum,” said Klingbeil. “If we can graduate more good engineers and computer scientists, the country can certainly use them.”

So with the help of several grants from the National Science Foundation, Klingbeil and colleagues developed EGR 101, a first-year engineering course that introduced all the math topics students would encounter and how the topics would apply to the engineering courses. And sequencing was changed so that students could take calculus courses later in their college careers.

“We’ve de-coupled student advancement in engineering from student success in calculus,” Klingbeil said. “All of the calculus is still required, but students now take it at their own pace. It is no longer freshman calculus that determines if you can be an engineer.” 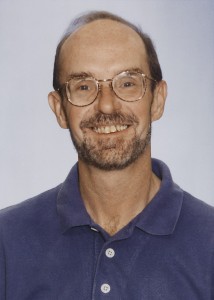 Wright State has graduated about 25 more engineers in each of the past two years than the university did six years ago. And aspects of the curriculum change are currently being piloted by more than 15 collaborating institutions in strategic locations across the country, including Ohio, Texas, Oklahoma, California, Michigan, Washington and Virginia.

The approach has been titled “A National Model for Engineering Mathematics Education.” And Rattan and Klingbeil have just authored a new textbook titled Introductory Mathematics for Engineering Applications, published by John Wiley & Sons in August 2011.

“We’re trying to use that book as a way to effect nationwide curriculum change,” Klingbeil said. “If we can get a key number of institutions in regional locations, then maybe we can get entire states to start tipping. Once that starts happening, that’s when you can effect nationwide change.”

In addition to the curriculum change, Klingbeil and his staff have revamped the advising process so that all first-year engineering students are assigned to advisers in the engineering college. And they have also instituted peer-mentoring and tutoring programs for all incoming students.

“What we certainly don’t want to do is just water down the entryway,” Klingbeil said. “The idea is to give our students all the tools they need to be successful, provide them with overwhelming support, and offer them the highest caliber instruction available in an engineering classroom.  The rest is up to them — and we believe most are up to the challenge.”