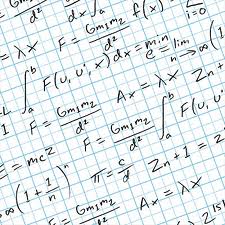 The April 21 contest could result in national recognition for area students, culminating in an awards ceremony in the Washington, D.C.-area and a cash prize of up to $500.

But more than that, the contest is designed to stimulate interest in math, make both students and parents more aware of the importance of learning math, and result in more students pursuing math as a career or as a way to land high-paying jobs that require strong math skills, such as engineering, medicine, business and many others.

“We need to improve our mathematical skills,” said organizer Munsup Seoh, Ph.D., a statistics professor at Wright State who worries that the United States is lagging behind other nations in math proficiency. “I hope this will make people more aware of the importance of mathematics.”

The contest is part of the National Math & Science Competition sponsored by the Korean Scientists and Engineers Association. Last year, 135 students took part in the Ohio contest at Wright State, hosted by the Department of Mathematics and Statistics. A total of 2,124 students participated in the nationwide competition, and 34 of them received national awards.

All students in grades 4-11 are invited to participate in the Ohio contest at Wright State, with first-, second- and third-place winners in each grade. There are 30 questions on each exam, different for each grade and designed to be challenging. The questions were prepared by experts from University of Iowa.

The awards ceremony will be emceed by Don Nguyen, M.D., medical director of pediatric urology for Children’s Medical Center of Dayton. He said the contest is a good way to channel the natural competitiveness of students toward math, one of the most important building blocks of science.

“The spirit of competition is in many, many of us,” said Nguyen. “But that energy needs to be tapped.”

Students are asked to bring pencils. No calculators or any device that includes a calculator may be used.

While the exams are being administered, parents of the students can attend various presentations on math, astronomy, communication and other topics.

Besides the offices of University Provost Steven Angle and the dean of the College of Science and Mathematics, the Ohio contest is sponsored by Hospice of Dayton and community organizations such as the Asian American Council, the Ohio SW Chapter of Society of Hispanic Professional Engineers and the ACT-SO Group and Youth Council of NAACP Dayton Unit.

Nationwide, contests are held simultaneously in other states, with the winners of each state forwarded to Washington, D.C., where the national winners are determined. National award recipients and their parents will be invited to attend the awards ceremony on May 12 in the Washington, D.C., area. The national winners award amounts are: First place $500, Second place $350, Third place $250.