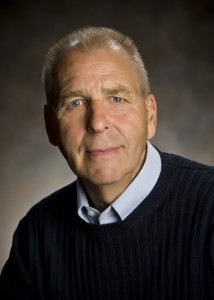 G. Thomas Sav, Ph.D., professor of economics, has distinguished himself as the key force behind undergraduate curriculum development at Wright State and providing leadership in facilitating the university’s conversion to a semester-based calendar.

“Tom takes his service activities very seriously and clearly understands the importance of curriculum to Wright State University’s ability to satisfy its mission,” said Thomas Traynor, chair of the Department of Economics. “The energy he brings to his service activities is apparent to all who work with him.”

In addition, Sav has served as parliamentarian for the Faculty Senate since 1999.

Sav’s work on the UCAPC has won widespread praise, in particular his work on the UCAPC’s website. “His experience, organization, and hard work has built a foundation for curricular development at Wright State that will continue to serve the university well into the future,” said Bill Rickert, assistant provost.

Sav’s service is in addition to his teaching workload, for which he has been named outstanding teacher six times, funded research projects, and a long list of scholarly publications.