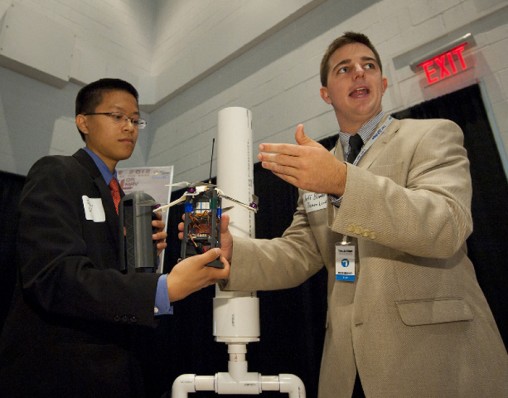 Research projects on these and other topics will be unwrapped for the public during an open house of the Discovery Lab’s Summer-at-the-Edge program.

The Aug. 8 event will be held in the Apollo Room of the Wright State University Student Union from 1 to 4 p.m. 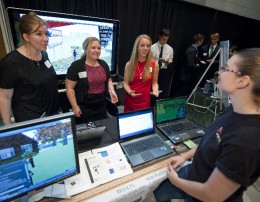 The Discovery Lab is a partnership between the Wright Brothers Institute and the Air Force Research Laboratory. Summer-at-the-Edge brings together students from high school to college to work in the lab’s high-tech environment hosted at the Tec^Edge center in an intense collaboration on a specific challenge or opportunity.

The open house will serve as a showcase for demonstrations and posters from over 100 student interns who performed more than 30 research projects with government, industry and university partners.

“This is a rare chance for the public to get a glimpse of the exciting and innovative work being accomplished by many of our future research innovators and leaders,” said Rob Williams, director of the AFRL Discovery Lab. “The open house will offer the public and our partners a peek into future technology innovations and leaders.”

The open house will also feature the introduction of Discovery Lab’s 1,000 Student Grand Challenge. The Challenge is a call for teams of high school students to compete during the 2013-2014 school year for funding support for entrepreneurial research projects that tackle technology challenges of interest to the Air Force and offer the potential of technology transition and commercialization. Some of the student finalists will be awarded research internships in the 2014 Summer-at-the-Edge program.