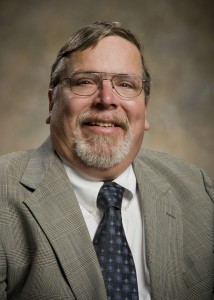 Jeffrey Vernooy, who tirelessly advocated for students with disabilities and was the architect of the campus support structure for them as longtime director of the Wright State University Office of Disability Services, passed away at Hospice of Dayton on Aug. 19. He was 61.

Funeral  services are Friday, Aug. 23, at the Kindred Funeral Home in Englewood, Ohio. Donations may be made to Hospice of Dayton.

Vernooy worked in the Office of Disability Services in various positions since 1977.

“During the 23 years I have known Jeff, he has been a friend and advocate to all people regardless of race, ethnicity, ability or sexual orientation,” said Katherine Myers, interim director of the Office of Disability Services. “He will be deeply missed.”

Vernooy was instrumental in enhancing diversity at Wright State.

He organized and led a 23-member campus-wide committee on diversity, marketing and supporting the Dayton Dialogue on Race and Ethnicity. He also co-facilitated a group of faculty that developed, supported and initiated a change in the curriculum to include an area of multicultural competency.

In addition, Vernooy was active in civil rights in the greater Dayton community.

He was a member of the Montgomery County Task Force for Special Populations, chair of the board of directors of the Dayton Foundation Disability Trust Fund, member of the Wright-Patterson Air Force Base Minority Advisory Committee and member of the Southwestern Ohio Consortium on Higher Education’s Diversity Subcommittee.

Vernooy was also a recipient of the Kim Goldenberg Quest for Community Award, the Wright Choice Inc. “Visionary Award” and the Wright-Patterson Air Force Base “Disability Awareness Award,” and was an inductee into the Developmental Disabilities Hall of Fame for Outstanding Service to the Community.