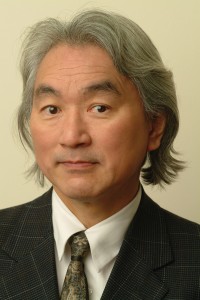 Theoretical physicist Michio Kaku will discuss "Physics of the Future" as part of Wright State's Presidential Lecture Series and Honors Institute on March 19.

When he was in high school, Michio Kaku assembled a particle accelerator in his parents’ garage for a science fair project. Today, he is an internationally known theoretical physicist who has become a fixture in the media and helps popularize science for the masses.

Kaku will be Wright State University’s final Presidential Lecture Series speaker of the year, and the featured speaker of the 2014 Honors Institute, when he delivers a speech, “Physics of the Future,” at the Wright State Nutter Center on Wednesday, March 19, at 7 p.m. Kaku’s lecture is free and open to the public.

“He is very good at popularizing physics and getting people interested and excited about learning more,” said Jason Deibel, associate professor of physics. “He scales it down for people who don’t have professional training in physics and makes it real for them.”

Kaku, the Henry Semat Professor of Theoretical Physics at the City College of New York, is the co-founder of string theory, a major branch of theoretical physics. His goal is to complete Albert Einstein’s dream of a “theory of everything,” to derive an equation that will summarize all the physical laws of the universe.

Kaku has written several books about physics and related topics, including two New York Times bestsellers: Physics of the Impossible (2008) and Physics of the Future (2011). His latest book, The Future of the Mind: The Scientific Quest to Understand, Enhance and Empower the Mind, touches on topics such as telepathy, mind reading, photographing a dream and mentally controlled robots.

The silver-maned Kaku (a figure skater who likes to throw his wife into the air) is also a familiar figure in the media. He has hosted TV specials for the BBC, The History Channel, Discovery Channel and Science Channel. He has also appeared on 60 Minutes, Nightline, 20/20 and a host of other programs. 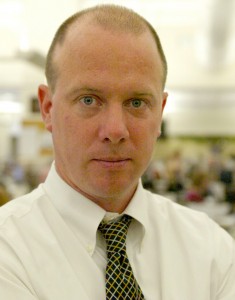 The Honors Institute will also include a symposium and luncheon address by Sam Sifton, The New York Times national editor, on Thursday, March 20, at 12:30 p.m. in the Student Union Apollo Room. Sifton’s talk, “The Future of Journalism,” is free and open to the public, but advance registration is required.

Sifton became national editor of The Times in 2011, after serving as the newspaper’s restaurant critic for two years. He joined the paper in 2002 as deputy dining editor and became dining editor later that year. In 2004, he was named deputy culture editor. Prior to joining The Times, Sifton was a senior writer and editor at Talk magazine; critic, reporter and managing editor of the New York Press; and a social studies teacher in New York City’s public schools. He is the author of Field Guide to the Yettie: Stalking the Dot-Com Geek.

His participation in the 2014 Honors Institute Symposium is courtesy of The New York Times in Education program sponsored at Wright State by First Year Programs, University College.

The symposium also includes discussion sessions on “Big Data and Smart Health care,” “Envisioning Flight in the Wright Brothers Era,” “The Future of Higher Education,” “Is Sustainability Possible?” and “Literary Visions of the Future.”