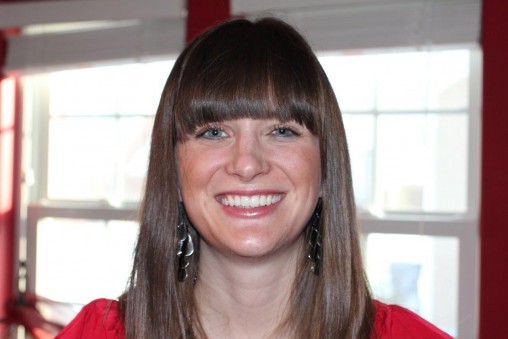 University of Nebraska-Lincoln professor Sarah Gervais will give a lecture on Feb. 3 and an interactive workshop on Feb. 4 at Wright State.

A well-known and widely published psychologist who has done extensive research on prejudice and violence will lecture and hold a workshop on confronting bias as part of Wright State University’s Year of the Active Bystander program.

Sarah Gervais, an associate professor in the Social and Cognitive Psychology and the Law-Psychology programs at the University of Nebraska-Lincoln, will present a lecture Wednesday, Feb. 3, beginning at 5:30 p.m. in the Student Union Apollo Room. The lecture — titled “Excuse Me, What Did You Say? Using Interpersonal Confrontation To Reduce Prejudice” — is free and open to the public.

“I’m eager to talk about why and how to confront prejudice in our daily lives,” Gervais said.

On Thursday, Feb. 4, Gervais will conduct an interactive workshop to share specific strategies and skills to actively address bias titled, “You Don’t Have to be Confrontational to Confront Prejudice.”

The school year at Wright State has been designated the Year of the Active Bystander as part of stepped-up efforts to help students, faculty and staff respond productively to prejudice they encounter in their daily interactions.

Gervais has a dual Ph.D. in psychology and women’s studies from The Pennsylvania State University.

Examining phenomenon like objectification, sexual harassment and relationship aggression, Gervais has found that discriminatory and aggressive acts are often more subtle and nuanced than previously thought, but they still have negative social and legal consequences for recipients. She also examines how to reduce prejudice and violence in daily life.

Gervais’ work has been funded by the National Science Foundation and the Society for the Psychological Study of Social Issues and has been published in outlets such as the Journal of Personality and Social Psychology, Psychology of Women Quarterly, Psychological Science and the Journal of Social Issues. Her work has also been featured in media outlets such as Glamour, Marie Claire, Chronicle of Higher Education and Salon.com.

Gervais has won the Distinguished Teaching Award and the Dean’s Award for Excellence in Graduate Education from the University of Nebraska-Lincoln. She authors the Prejudice and Power blog at Psychology Today and is an associate editor at the Journal of Experimental Social Psychology.