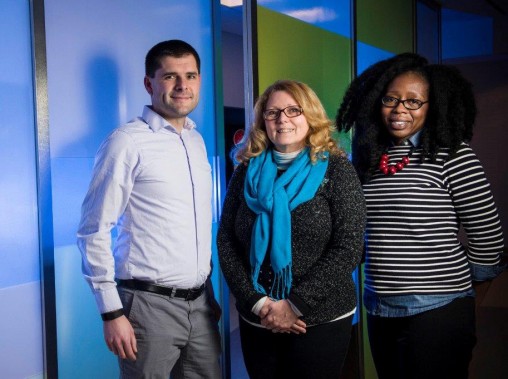 As the presidential debate at Wright State University approaches, statistics students will put their skills to work by analyzing data from presidential polls in every state to predict the likely nominees.

The students in the College of Science and Mathematics’ Statistical Concepts class taught by Betsy Stone Witt will calculate confidence level and other parameters. They will take into account sample size, sample proportion and margin of error for each candidate matchup on various issues.

“It’s about using real statistical information to teach the students statistics and connect it to the debate,” said Jeffrey Cowgill, the college’s manager of multimedia and technology.

The Sept. 26 debate, to be held at the Wright State Nutter Center, is expected to be in the national and international spotlight and attract thousands of media members.

In addition to the statistics project, the college is planning a series of science-related panel discussions that connect to current politics and the election. The panels will include faculty experts and outside experts, be held on campus and be open to the public.

One topic will be the causes and consequences of climate change.

Many world leaders believe climate change is one of the most important global issues. The scientific consensus is that the Earth’s climate is warming and that it is extremely likely that humans are causing most of it by increasing greenhouse gases through deforestation, burning fossil fuels and other activities.

There will be four panel discussions. Other topics include the role of science and math in a democracy; the risks and rewards of genetically modified organisms; and outbreaks, public health and policy.

“These are important world-changing topics, and we have faculty who are doing research related to them,” Cowgill said. “We really want to highlight our Wright State people, who are doing some really incredible stuff.”

Cowgill said the panels are designed to educate students and the outside electorate.

“We are trying to make sure that science is looked at in terms of the science and not political rhetoric,” he said. “The hope is that it is going to lift up the voters, and they are able to listen to the politicians and know whether they’re speaking to the truth or whether they’re using rhetoric.”