Christopher R. Oldstone-Moore’s book on the history of beards has made headlines around the country and Oldstone-Moore a celebrity on the talk show circuit.

And it has given the nation a glimpse of the talent and accomplishments of the senior lecturer in the Department of History.

“He has all the goods,” said Kristin Sobolik, College of Liberal Arts dean. “He not only is a top-notch scholar but engages students through innovative projects and writing assignments.” 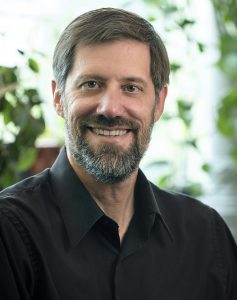 “Christopher Oldstone-Moore has demonstrated a pattern of pedagogical innovation and that fosters student engagement,” said John Sherman, professor of history.

Most recently Oldstone-Moore has garnered attention with his book, “Of Beards and Men: The Revealing History of Facial Hair.” He spent more than 10 years researching and chronicling facial hair trends. The book grew out of his teaching and his desire to make his classes interesting, visual and include cultural history.

He has been interviewed by “CBS Sunday Morning,” NPR, BBC Radio, The Wall Street Journal, The New York Times and Esquire magazine. Excerpts of his book have appeared in Harper’s Magazine, The Atlantic and New Republic.

Aside from writing, Oldstone-Moore has received high evaluation scores from students and has earned the Wright State Excellence in Teaching General Education and Wright State Honors Teacher of the Year.

He serves as the history department’s director of graduate studies and on other committees. As a CELIA fellow, he produced a concert and lecture as part of the commemoration of the centennial of World War I.