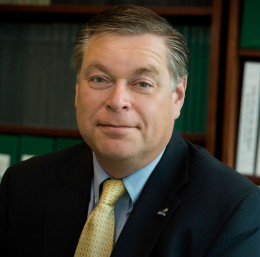 Krane discussed the role DNA testing played in the Ramsey case in the second and third episodes, which aired in the same timeslot on Tuesday, Sept. 13, and Wednesday, Sept. 14.

Ramsey was a 6-year-old beauty queen who was murdered in her home in Boulder, Colorado, in 1996. Her body was found in the basement of the family home about eight hours after she was reported missing. She had been struck on the head and strangled, and the case remains unsolved.

Krane said his interviewers were interested in what can and cannot be concluded from DNA testing results.

“The presence of a DNA profile says nothing about the timeframe or the circumstances under which that DNA came to be associated with the sample,” said Krane.

“There is a lot of great work being done at Wright State; we have outstanding faculty doing world-class work,” said Krane. “Any time a faculty member at Wright State gets acknowledged for their insights and the work that they are involved with, it’s a credit to us all.”