Linda Caron named dean of the College of Liberal Arts 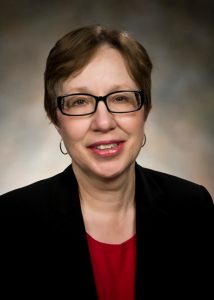 Linda Caron, dean of the College of Liberal Arts

Linda Caron, associate dean of the College of Liberal Arts, has been named dean of the college effective May 1, Provost Thomas Sudkamp announced.

“Dr. Caron has a wealth of experience and has been instrumental in the growth of the College of Liberal Arts — in facilities, events and programs,” said Sudkamp. “She has certainly demonstrated her leadership abilities.”

Caron has served as associate dean since 2009 and served as interim dean for a time in 2012. She arrived at Wright State in 1988 as an assistant professor and later served as an assistant chair, associate professor, chair and full professor. From 2004 to 2007 she also worked as special projects director for Ohio’s Third Congressional District.

At Wright State, Caron oversaw the $30 million modernization and expansion of the Creative Arts Center and conceived and wrote the proposal for CELIA, the Collaborative Education, Leadership and Innovation in the Arts, which has been designated an Ohio Center of Excellence.

Caron was also founder of ArtsGala, an annual evening of top-notch entertainment and activities showcasing student talent. Since it started in 2000, ArtsGala has grown to attract 900 patrons and raised more than $2.2 million in scholarships for fine- and performing-arts students. She supervised semester conversion for the college, which involved the transformation of more than 1,700 courses and 126 major, minor and certificate programs.

Caron obtained her bachelor’s degree in art history with honors from Smith College and her doctorate in history of art from Bryn Mawr College. She served as a teaching assistant at Bryn Mawr and an assistant professor at Amherst College before joining the faculty at Wright State.