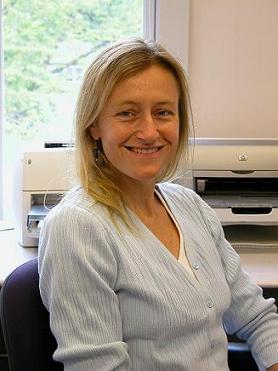 Economist Yana van der Meulen Rodgers, a professor of women’s and gender studies at Rutgers University, will speak at Wright State University in two separate appearances sponsored by the Department of Economics in the Raj Soin College of Business.

On Thursday, Nov. 16, from 2 to 3:30 p.m. in the Millett Hall Atrium, van der Meulen Rodgers, will make a public presentation titled “The Relationship between LGBT Inclusion and Economic Development: Micro and Macro-Level Evidence.” The presentation is co-sponsored by the Women, Gender and Sexuality Studies Program.

On Friday, Nov. 17, from 2:30 to 3:50 p.m. in 248 Rike Hall, van der Meulen will give a talk titled “Social Disadvantage and Child Health among China’s Rural-Urban Migrant Households.”

Both talks are free and open to the public.

Van der Meulen Rodgers has a Ph.D. in economics from Harvard University. She served as president of the International Association for Feminist Economics in 2013-14. She has worked regularly as a consultant for the World Bank, the United Nations and the Asian Development Bank.

Van der Meulen’s presentation on the link between LGBT inclusion and economic development will be an example of how quantitative evidence is used to make a case for economic policy formulation. She states that a human rights case and a moral case can be made for LGBT rights, but sometimes policymakers need quantitative evidence that more inclusion matters. The talk, which is based on a United States Agency for International Development report co-authored by several feminist economists, will present those numbers.

Van der Meulen’s second talk will examine how social disadvantage among rural-urban migrant households in China is associated with the nutritional status of children. The measures of social disadvantage are based on China’s hukou system of household registration, which can limit domestic migration by denying public services in cities to migrants with rural registrations and are based on gender bias that may harm women and girls. The talk is part of the Department of Economics Seminars in Local and Global Regional Economies.

Formed in 1967, the Wright State Department of Economics has a long tradition of offering a versatile quality undergraduate and graduate curriculum that serves students and employers in the region and offers research expertise in Asian economies; regional, local and global economies; gender, households and economy; public, institutional and social economics; and research methods.

For more information about Yana van der Meulen Rodgers’ visit, contact the Department of Economics at 937-775–3070.