Earlier this month, Clifton Mill won the top prize of $50,000 on ABC’s “The Great Christmas Light Fight,” which featured a competition among the most spectacular Christmas lights displays in America. 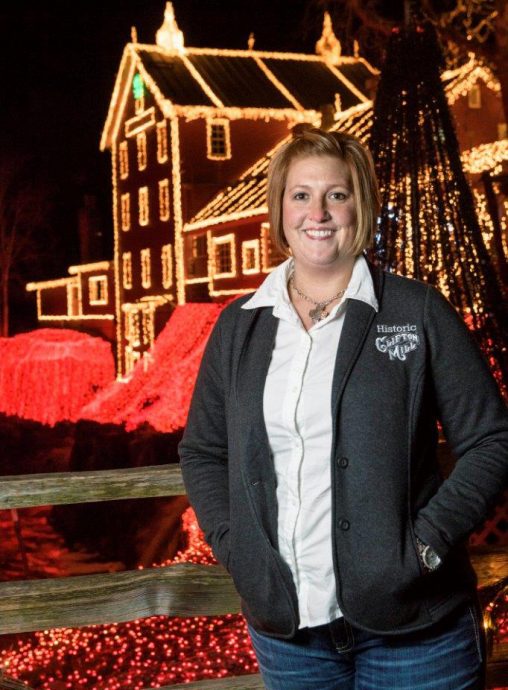 Jessica Noes, who graduated from Wright State in 2004, oversees all operations at the Clifton Mill, including the mill’s annual Christmas display. (Video by Kris Sproles / Photos by Erin Pence)

A log cabin, historic covered bridge, 20-foot water wheel and a restaurant also populate the site, which sits next to a waterfall that staircases down into the gorge.

But the real jewel in the crown of Clifton Mill is its Christmas display, which has grown to 4 million lights that produce a heartstopping electric bill but dazzles visitors.

The light show is the brainchild of the Satariano family, who purchased the mill 1987 and installed 100,000 Christmas lights in 1988.

The light shows begin the day after Thanksgiving and run through Dec. 31. The electric bill for December runs into the tens of thousands of dollars. To minimize weathering, most of the lights are then taken down and stored away, a process that takes about three months.

All 4 million lights are fired up by one switch, which is snugged into a small, wooden, padlocked box. When the switch is flipped at 6 p.m., there’s a blinding flash, and the gorge begins to glow. 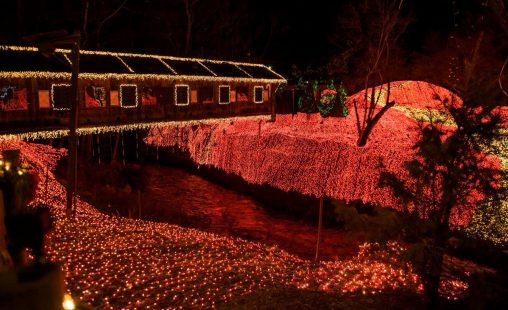 The mill also displays 3,000 antique Santa Clauses, vintage toys, a miniature village and the covered-bridge light show, which is synchronized to music. The whole thing draws tens of thousands of visitors.

So she switched majors to organizational communication. All the while, she continued to work at Clifton Mill and during her junior year became weekend manager. She graduated from Wright State in 2004, pulled some time in the retail world and landed back at the mill full-time in 2006. 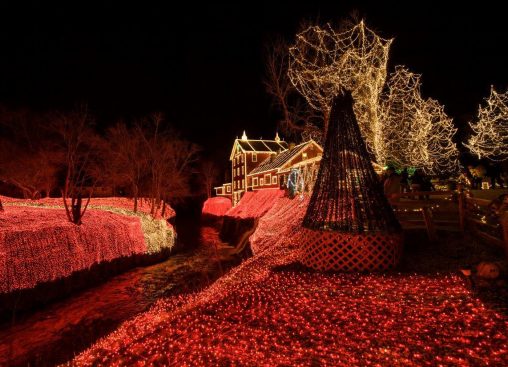