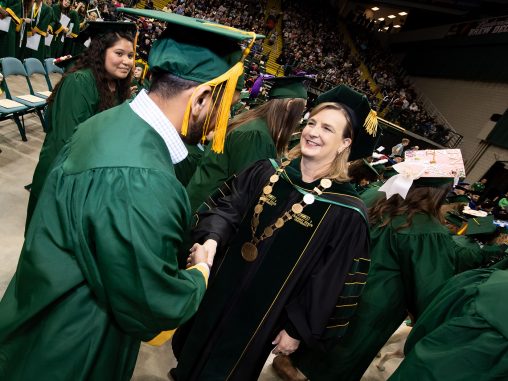 Wright State University President Cheryl B. Schrader told graduating students at fall commencement that acts of kindness can be a powerful world-changing force.

Wright State University President Cheryl B. Schrader told graduating students at fall commencement that acts of kindness can be a powerful world-changing force and that the graduates’ legacy will be every life that they touch.

“Class of 2018, I know that you will touch lives and make our world a better place,” said Schrader. “I’ve seen your commitment to helping others, your passion for our campus and community. I’ve witnessed your creative and innovative minds at work.”

Schrader invoked the words of Oprah Winfrey in telling the students they have the ability to comfort and strengthen others through acts of kindness.

“Remember that kindness, compassion and empathy will always triumph over hatred, intolerance and ignorance,” Schrader said.

The president told the students that their Wright State education gives them the perfect launching pad for future success.

“Along with receiving a top-quality education, you’ve participated in experiential learning, engaged in innovative research, studied abroad to expand your horizons and given back through community service,” she said.

Schrader said she knows the students will make their mark on the world.

“Class of 2018,” she said, “you give me hope — hope for a better tomorrow, hope for a world in which we can put our differences aside and celebrate the commonalities that unite us all.”

Nearly 1,700 students graduated during the ceremony. The class of 2018 includes graduates with 1,010 bachelor’s degrees, 602 master’s, 54 doctorates of philosophy, as well as those awarded associate degrees and post-master’s certificates. 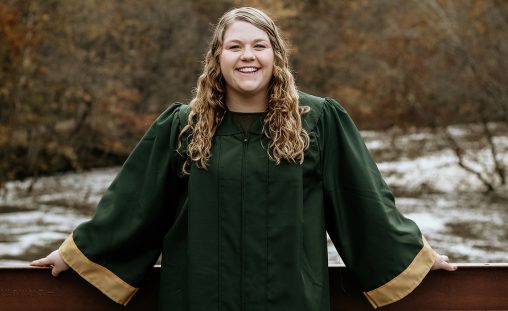 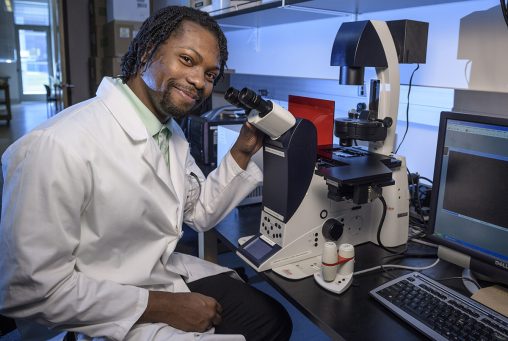 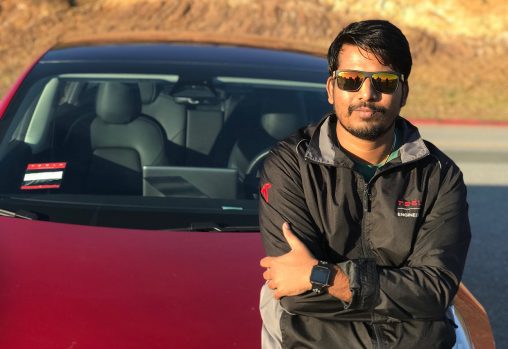