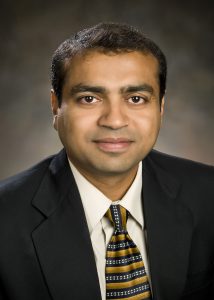 Ten people with Wright State University connections, including an engineering professor and police sergeant, were named to the Dayton Business Journal’s 2019 “Forty Under 40” list of those honored as the region’s future leaders.

The honorees include Pratik Parikh, professor of biomedical, industrial and human factors engineering at Wright State.

Parikh has made substantial contributions in education, including experiential learning, student empowerment and impactful research. He has also given back to the community through philanthropic activities.

In 2017, Parikh was honored by the Affiliates Societies Council for his mentorship, curriculum development, in-class and distance teaching, and educational outreach. He is the past recipient of Wright State’s Presidential Award for Faculty Excellence: Early Career Achievement as well as Advisor of the Year and College Outstanding Faculty awards.

Also named to the “40 Under 40” list was Kurt Holden, a sergeant and patrol commander in the Wright State University Police Department. 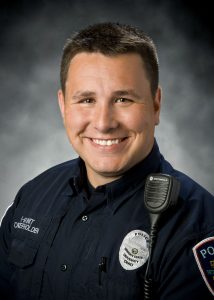 Holden serves as a coach and a mentor to foster youths in the Independent Scholars Network. Once an emancipated foster child himself, Holden has been praised for his commitment to students who need strong and dependable role models in their lives as they simultaneously tackle emancipation and college.

Holden, who holds associate, bachelor’s and master’s degrees, has served in the past as an adjunct in Wright State’s Crime and Justice Studies Program in the College of Liberal Arts.

Also named to “40 Under 40” were eight Wright State alumni: