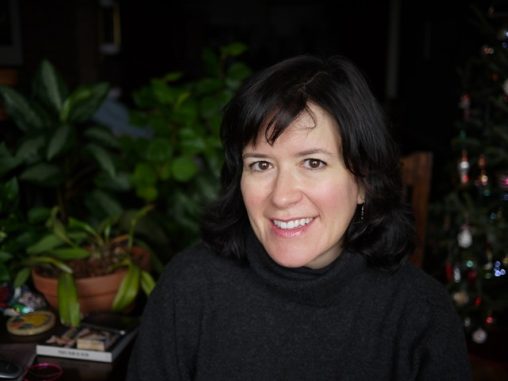 Karen Seiger, who received a bachelor’s in political science from Wright State in 1988, volunteers as a tour guide at the 9/11 Tribute Museum in New York City.

One thing happens to Karen Seiger every time she gives a tour of the 9/11 Tribute Museum in New York City — tears.

Since 2006, the Wright State University alumna has been a volunteer at the museum, which pays homage to victims of the Sept. 11, 2001, terrorist attacks by sharing personal stories of survivors, rescue workers and family members who lost loved ones.

Located in the World Trade Center section of Manhattan, the museum features galleries with 9/11 artifacts and history. It is managed by the September 11th Families’ Association.

“What an amazing community of survivors, family members, and first-responders,” said Seiger. “We keep the memory of September 11 alive, and we are able to give real information and history of the entire site, as well as the attacks and the aftermath, up until today. It’s been an incredibly rewarding experience for all these years, and I still cry on every tour I give.”

When she is not serving as a docent, or walking tour guide, at the museum, Seiger is managing her high-octane career as a writer and editor of bestselling books and travel guides. Her journey took her from Wright State through an impressive array of foreign aid, development and elections jobs in Central America, South America and Africa.

Seiger’s mother, who is from Chile, had been a diplomat with the U.S. Embassy there and became a vocal dissident following the country’s military coup in 1973. She later worked as a translator for the United Nations.

“Her passion for justice and democracy rubbed off on me,” said Seiger.

Seiger grew up in Xenia. She and her family moved to Rio de Janeiro for a few years before returning to Dayton and settling in Oakwood, which Seiger picked as the family’s new neighborhood because she could walk to school and come home for lunch.

Her father, the late Marvin B. Seiger, was one of the first professors at Wright State, teaching biology and genetics. He was on the committee that picked the university’s colors. (“It’s green and GOLD, not green and yellow,” he insisted.)

After graduating from Oakwood High School in 1983, Karen was an exchange student in Belgium. She applied to Wright State, thinking she would transfer to another college after a year or two.

“However, I immediately realized what a great experience I was having and decided to stay,” she said.

Seiger was in the Honors Program and the Model UN, which taught her negotiating strategies she uses to this day and caused her to fall in love with New York City. She also lived in Brooklyn some of her senior year as part the National Collegiate Honors Council’s United Nations Semester in which global issues were studied using New York as a microcosm of the world.

Wright State is very much a family affair for Seiger.

Her sister, Leslie, graduated with a bachelor’s degree in biology, earned her Ph.D. in ecology at George Washington University and currently is a professor at Mesa College in San Diego. Her sister Andrea earned her bachelor’s in marketing at Wright State, lives in Washington, D.C., and has worked on inaugurations, Olympics, Super Bowls and World Cups.

Seiger’s advice for college students is to focus on their skills — such as communication, writing, management and teamwork — that will enable them to pursue many different opportunities. She also said students need to have confidence in themselves, not be afraid to try new things and ask for what they need. 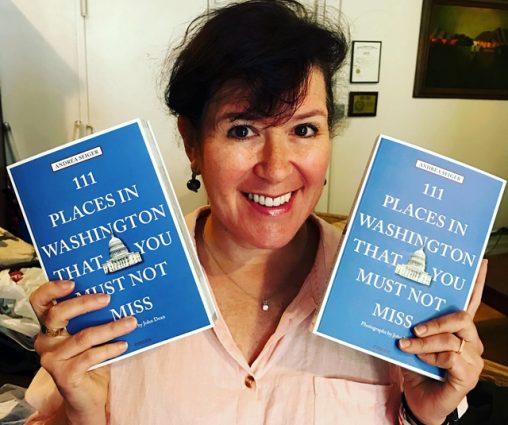 Karen Seiger is editor-in-chief for North America of the “111 Places” guidebook series for locals and experienced travelers.

She managed judicial reform projects for the agency in El Salvador and Guatemala as part of their post-war peace processes and later worked in the African nation of Mozambique managing a postwar reconstruction program that included helping reunify children who were lost during the civil war with their families.

In 1997, she moved to Washington, D.C., to work at the International Foundation for Election Systems helping countries put on free and fair elections. Her time there included stints in El Salvador and Haiti.

Seiger moved to New York City in 2000 and found a job at American Express in international marketing and business development. Her office was across the street from the World Trade Center, and she was working the day the 9/11 terrorist attacks took the buildings down.

“I was unhurt, but we lost 11 colleagues that day,” she said.

A few years later Seiger’s writing career took off. Her first book, “Markets of New York: A Guide to the Best Artisan, Farmer, Food and Flea Markets,” sold 20,000 copies in a year and was featured on NPR.

In 2016, Seiger was named editor-in-chief for North America of the “111 Places” guidebook series for locals and experienced travelers. Nearly all of the books she has released have been Amazon bestsellers. She also works in marketing and business development for Colibri Solutions, a consulting and software development company.

To relax, Seiger likes to visit city marketplaces, spend time in Paris with her husband and do a little running. She and her spouse have run the New York City Marathon and the Paris Marathon twice.

But helping keep the memory of 9/11 alive is perhaps Seiger’s proudest accomplishment.

Last year, a retired New York firefighter who had not been to the World Trade Center site since Sept. 11, 2001, decided to come for the tour with his wife and two friends.

“We were prepared in case it became overwhelming for him,” Seiger recalled. “As we walked and talked, I asked him to confirm information I was sharing about 9/11, and he supported my stories and information with stories and information of his own. He became more and more relaxed, and then I offered him the microphone to share his story with the group. He did, and he was wonderful.”

Today, the firefighter is a tour volunteer too.