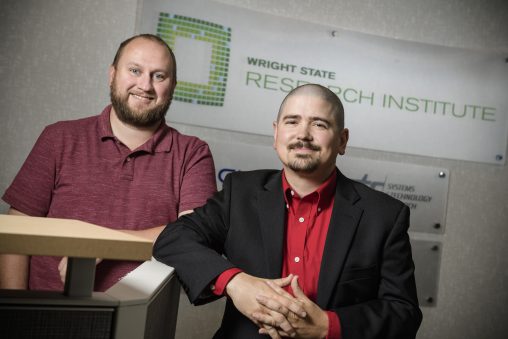 The Wright State Applied Research Corporation and its partners were awarded a $750,000 federal grant to spur economic development by moving medical technologies from the lab toward commercialization.

The highly competitive Regional Innovation Strategies grants were announced July 23 by the U.S. Economic Development Administration, a bureau within the U.S. Department of Commerce.

“This is great news for the region,” WSARC CEO Dennis Andersh said. “The research labs and entrepreneurs in the Dayton region are creating world-class technologies with the potential to save lives across the globe. We’re excited to work with EDA & regional partners to get these products to market.”

Partners on the project with the Wright State Research Institute include Wright State’s The ONEIL Center, The Entrepreneurs Center, BioOhio and the University of Dayton’s Fastlane.

Over the next three years, WSRI and its partners hope to create a network of 300 researchers, entrepreneurs, mentors and investors; create and assess a pipeline of 100 med-tech opportunities; support the development of 50 med-tech companies; place 50 interns in med-tech companies and see $10 million invested in startups.

A total of $23 million in grants were awarded to 44 institutions of higher learning, nonprofits and entrepreneurship-focused organizations from 28 states and two territories.

“It’s a real good win for us,” said Paul Jackson, the Wright State Research Institute’s Director of Commercialization and Entrepreneurship. “There aren’t a lot of dollars to take these concepts that work in the lab and turn them into real prototypes.”

Wright State joined the likes of Johns Hopkins University and Cornell University as recipients of the grants among the pool of 183 applicants.

“These projects will spark innovation across the country and will build on the beneficial environment the Trump Administration is creating for American businesses,” said U.S. Secretary of Commerce Wilbur Ross.

The grant to WSRI provides the institute and its five partners a total of $750,000 over three years. It was the only EDA Regional Innovation Strategies (RIS) i6 program grant awarded in Ohio and the first ever in the Dayton region.

The project involves taking medical technologies that have been developed at Wright State and by other local organizations and turning them into prototypes that can then be commercialized with funding from investors.

“The grant will help med-tech startups get to market quicker,” said John Owen, a program manager at WSRI.

“We’re excited to expand our efforts toward building a workforce development pipeline for the med-tech startup ecosystem,” she said.