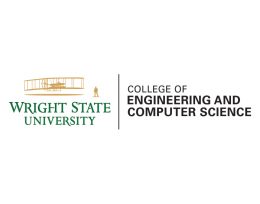 The Wright State University College of Engineering and Computer Science has been named among the nation’s academic leaders in inclusive excellence by the American Society for Engineering Education (ASEE).

The college was among schools receiving a Bronze Level Award, the highest honor given in the inaugural ASEE Diversity Recognition Program.

“I want to commend you for your progress and thank you very much for your support of this important ASEE EDC initiative,” Gregory N. Washington, chair of the ASEE Engineering Deans Council, said in a letter to the college.

Washington said the award demonstrates that the college has established baseline support for groups underrepresented in engineering and has quantifiably analyzed and assessed unit composition, policies, culture and climate related to all underrepresented groups.

“It is very gratifying to be recognized nationally for diversity and inclusion, which are hallmarks of the Wright State mission,” said President Cheryl B. Schrader. “As an engineering professor, I am especially proud of our College of Engineering and Computer Science for harnessing the power of diversity to enrich the classroom.”
Schrader serves on the National Advisory Board that oversees this national initiative.

“Diversity is an essential component of innovation, which is just one of the many reasons we’re proud to support Wright State and the community at large as the lead on this diversity and inclusion initiative,” said Steven Omick, CEO of Riverside Research. “These students are creating our strong future as a nation.”

Washington said the College of Engineering and Computer Science has also implemented programs and initiatives that strengthen the K-12 or community college pipeline, thereby reducing significant barriers related to long-term growth. It has developed an action plan focused on continuous improvement, he said.

“The College of Engineering and Computer Science has had an enduring commitment to serving a diverse student population and creating an inclusive educational environment,” said Brian Rigling, interim dean. “We are enthusiastic about continued participation in the ASEE EDC initiative.”

Wright State was among 82 universities that applied for the award. It received a Bronze Level Award along with universities such as Georgia Tech, Duke and Harvard. Each institution received two reviews from a team of 24 reviewers.