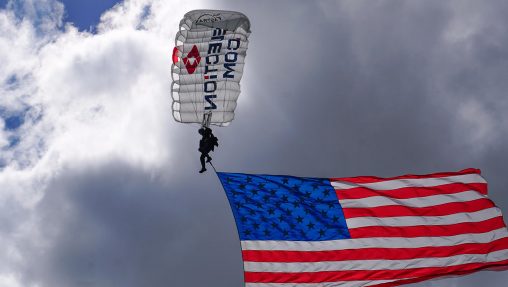 Team Fastrax Professional Skydiving Team will parachute in the American flag and the game ball before the USA Patriots Amputee Softball Team game at 10:30 a.m. Nischwitz Stadium during Festival of Flight.

You can try out flight and drone simulators, experience virtual and augmented reality demonstrations, learn more about the Wright brothers and watch five aircraft flyovers at the inaugural Festival of Flight.

The free Festival of Flight will celebrate the importance of aviation in the Miami Valley on Wright State University Nutter Center back parking area on Saturday, Oct. 5. The festival will run from 10 a.m. to 8 p.m.

More information, including a schedule of activities, is available at FestivalOfFlight.org.

The festival will introduce attendees to many of the hidden gems of aviation-related resources in the Miami Valley. Much of the festival will focus on providing educational experiences for attendees, especially children.

The Dayton Regional STEM School has created a passport for school-aged kids to cover all the experiences the festival will offer. Students who complete the passport will receive prizes and potentially extra credit in their home school districts.

“What will set the Festival of Flight apart is the education component we plan to include in so many activities,” said Greg Scharer, executive director of alumni relations at Wright State. “The festival will focus on educating the community on all the resources we have in the area.” 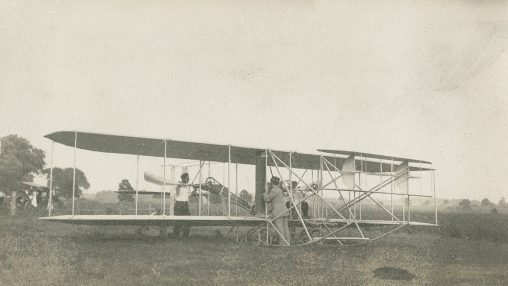 The Aviation and Innovation Hangar will feature numerous hands-on and experiential activities. Nearly 30 Wright State, Air Force and community organizations will be on hand with innovative demonstrations and displays, giveaways, history lessons and fun activities.

Wright-Patterson Air Force Base will have numerous demonstrations at the festival. Participants can interact with several virtual reality simulations developed by the Air Force Research Lab Gaming Research Integration for Learning Laboratory. Participants can also try on compression shirts with wearable sensor technology that senses physiologic parameters in the Air Force 711th Performance Wing’s exhibit. The Air Force Research Lab will demonstrate technology that converts video into speech for some who is blind or for surveillance purposes.

Wright State innovators will be well-represented at the festival too.

Biomedical engineering graduate student Joshua Harris will display a robotic hand he created for his senior design project. Harris’ exhibit will also demonstrate the importance of troubleshooting and prototyping.

“These problem-solving skills are not only useful to engineers but can help anyone in any field to save money, test out ideas and learn more about their project goals and constraints,” he said.

Wright State’s Sensors and Signals Exploitation Lab will showcase live radar imaging by imagining small objects and even visitors. The lab will demonstrate how electromagnetic waves interact with people and objects and how radar systems are used in automotive systems for collision avoidance, air traffic control, weather and national defense.

Mechanical and materials engineering students will demonstrate an off-road vehicle they designed and built for an international collegiate competition.

Attendees can learn about next-generation DNA sequencing at the Wright State Center for Genomics Research’s booth.

The Advanced Visual Data Analysis group in the College of Engineering and Computer Science will showcase augmented reality technology that can be used for improving different types of surgical procedures. 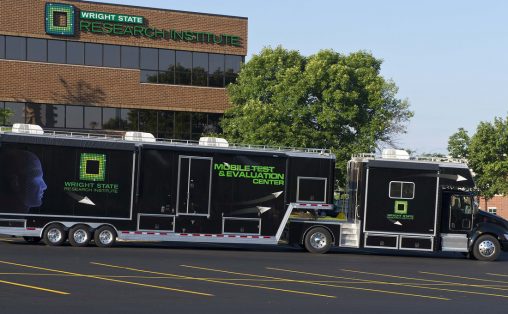 The Wright State Research Institute will provide tours of its Mobile Test and Evaluation Center, a semi-trailer mobile test station for UAVs.

Attendees can learn more about the Wilbur and Orville Wright by stopping by a display set up by Wright State’s Special Collections and Archives. The archives will display an exhibit on Wright Brothers School of Aviation and the Huffman Prairie Flying Field, including original film footage from various aviation collections for visitors to watch.

Other displays and demonstrations will be offered by Argus Fitness, Bailey Bug, the International Women’s Air and Space Museum, Mile Two, Marxent, the Military Heritage Chapter of the League of WWI Aviation Historians and the Parachute Museum.

During the festival, the Wright State student marketing club will hold its annual Wright Brothers Day, which celebrates the anniversary of Wilbur Wright’s 39-minute flight on Huffman Prairie on Oct. 5, 1905. The flight demonstrated that the Wright brothers had advanced their design to the point of a practical airplane.

Attendees can also check out a half-scale model of the Wright “B” Flyer, a biplane designed by the Wright brothers in 1910.

Five flyovers are planned during the day: