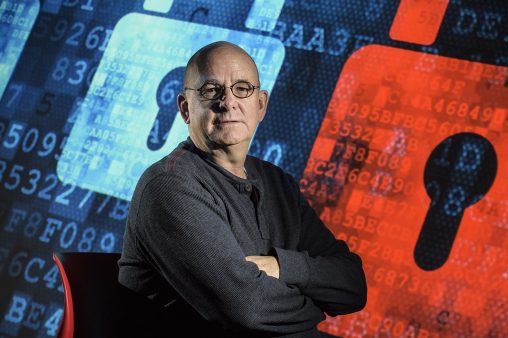 Vance Saunders is director of the cybersecurity program in the Department of Computer Science and Engineering.

The National Security Agency and Department of Homeland Security have designated Wright State University as a National Center of Academic Excellence in Cyber Defense Education.

“Your ability to meet the increasing demands of the program criteria will serve the nation well in contributing to the protection of the national information infrastructure,” Karen Leuschner, director of the National Centers of Academic Excellence, said in a June 15 letter to Wright State.

DHS and NSA jointly created the National Centers of Academic Excellence (CAE) in cyber defense and cyber operations in 1999. The goal of the program is to reduce the vulnerability of the national information infrastructure by promoting higher education and research in cyber defense and producing professionals with cyber defense expertise.

Saunders said the designation, which is good through the 2025 academic year, is very much like receiving an accreditation.

Currently, nine schools in Ohio have the designation. Five of them are in southwest Ohio in what is known as the “CinDay Cyber Corridor.”

Saunders said the designation also opens up some opportunities, including new scholarships that become available.

To achieve the CAE designation in Wright State’s master’s degree in cybersecurity with cyberdefense concentration, a student must take six required courses, one elective and complete a thesis. Saunders said having a CAE-CD certified designation on their transcripts will enhance students’ prospects of landing important Defense Department and other government jobs.

“That would put you ahead of someone who didn’t have the designation,” he said.

“We have one of the most robust, comprehensive cyber programs across the board,” said Saunders.

He worked at the Air Force Research Laboratory at Wright-Patterson Air Force Base and in 1993 was hired by Ball Aerospace and Technology Corp. in Dayton, where he became the chief technology officer for one of the company’s four business areas.

In 2014, he was named director of the cybersecurity program in the Wright State College of Engineering and Computer Science.

One reason to go into cybersecurity is the high demand and relatively high salaries. And its ability to make a difference in the world appeals to Generation Z, those born from 1995 to 2010 and who constitute a large segment of U.S. college students.

Leuschner said the National Cyber Strategy addresses the critical shortage of professionals with cybersecurity skills and highlights the importance of higher education as a solution to defending America’s cyberspace.

“A highly skilled cybersecurity workforce is a strategic national security advantage,” said Leuschner. “The United States government will continue to invest in and enhance programs that build the domestic talent pipeline, from primary through postsecondary education. Education is the key to promoting these ideals.”