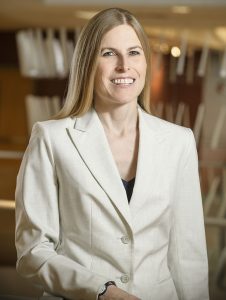 From Homer’s “The Iliad” to “The Plague” by Camus, classic literature has reflected the impact of epidemics on human thought and behavior. With the spread of the coronavirus pandemic, some of these great works suggest there may be a silver lining — people becoming more sympathetic of others, increasing their small humanitarian acts, and a greater realization that they have control over their own actions.

In Albert Camus’ 1947 novel “The Plague,” an epidemic ravaging a small quarantined city serves as a metaphor for the human condition. Donovan Miyasaki, associate professor of philosophy at Wright State University, said Camus writes that it is natural for humans to suffer and to cause suffering.

“For Camus,” said Miyasaki, “the idea that suffering and social crises are something that can heroically, finally be defeated only makes them worse since it justifies sacrificing ourselves or others on the altar of an impossible future.”

Miyasaki said Camus recommends turning our attention within, examining ourselves for ways we have unintentionally assisted the plague by indirectly contributing to or excusing others’ suffering.

“Rather than rid the world of evil, he asks us to be more modest: don’t be a hero, just try to do less harm, always side with victims rather than judges, and continually increase our sympathy, never rationalizing away another’s pain,” Miyasaki said.

Camus calls this moral program of sympathy-building a path to sainthood. 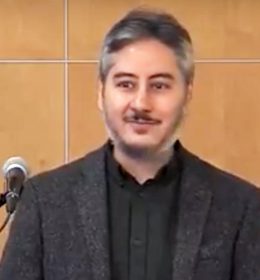 “The intriguing, controversial conclusion is that the most ethical and effective response to great calamity is not the heroism of great deeds but greater humanity in small ones,” said Miyasaki. “And that, I think, has many fascinating critical implications for our present situation.”

The first literary work in Western Civilization, Homer’s “The Iliad,” begins with a plague. It focuses on the conflict within the Greek army after a plague is unleashed by Apollo, angry at the disrespect shown to his priest and his priest’s daughter by their leader Agamemnon.

“The epic ends with the hero Achilles confronting his own impending death and recognizing the need to show reverence to the gods and even his enemies, despite his own personal emotions,” said Rebecca Edwards, associate professor of classics.

Likewise, Sophocles’ “Oedipus Rex” begins with a plague. The Thebans, afflicted with disease, ask for help from their king, Oedipus. Again, the plague is triggered by human actions.

“Oedipus’ quest to end the plague leads to the realization that his own actions, as well as those of his birth parents, have caused suffering for themselves, their children and their people,” said Edwards.

She said the works use the concept of plague to examine other types of destruction, whether it be man killing man in “The Iliad” or corruption within the family in “Oedipus Rex.”

“Ancient writers were surrounded by a world which often seemed beyond one’s control, and, as we are currently learning, there are few things more difficult to control than a disease,” said Edwards. “But these works also teach us that we can control our own actions.”