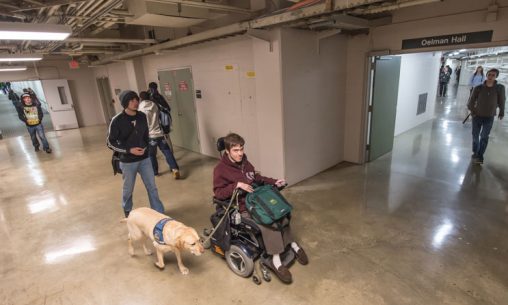 Wright State University is ranked No. 1 in the world among universities when it comes to tunnel systems. That’s according to a report on a London-based media platform that focuses on higher education policy.

The Top 10 rankings by Wonkhe were compiled by Paul Greatrix, contributing editor of the website and registrar at The University of Nottingham.

Wright State tops universities with tunnel systems, ahead of No. 2 University of Sydney, whose tunnel is festooned with graffiti; No. 3 Brown University, one of whose tunnel entrances is said to be the inspiration for the Bat Cave in the 1960’s “Batman” television series; and No. 7 Yale University, whose tunnels served as a fallout shelter during the Cold War era.

Each tunnel system was based on scale, coolness, utility and associated myths and legends.

“Top of the heap is Wright State University, which seems to have the biggest and best tunnel system of them all and where tunnels are a fundamental part of campus life,” Greatrix wrote.

With two miles of tunnels linking 20 of 23 buildings in the academic section of the Dayton Campus, the tunnel system has made Wright State one of the most accessible colleges in the country.