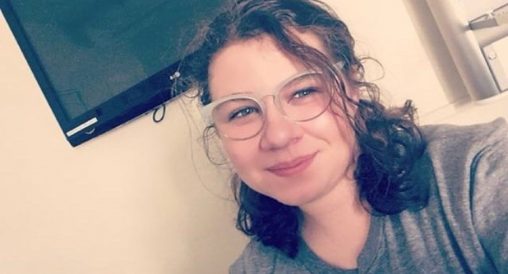 Catherine Embury, a mathematics major at Wright State, tracks and communicates with small satellites to aid in space exploration through an internship with NASA.

In January, Embury began an internship with the National Aeronautics and Space Administration working virtually from home with NASA’s Wallops Flight Facility, located on Wallops Island on the eastern shore of Virginia. Wallops is in a geographic location ideal for supporting satellite tracking and commanding, military operations and training, scientific investigations, technology development and testing, as well as commercial aerospace.

Embury’s work focuses on Wallops’ UHF ground station, which tracks small satellites. But the station is still operating with equipment from the 1950s.

“So the work that I am doing is research on better, more effective and cost-efficient ways to track and communicate with small satellites,” she said.

Embury said small satellites and CubeSats, miniaturized research satellites made up of cubic modules, are quickly becoming the center of space systems engineering. The research to track and communicate with them is key to making them more useful as demand increases, she said.

“Satellites are really, really expensive, so by creating an industry of small satellites we are saving a ton of time, money and resources on building and launching them,” she said. “It is really imperative that the communications technology stays one step ahead of the satellite technology so that we can make the most of the amazing opportunities we have to explore our world and our universe.”

Embury was born in Cincinnati and moved to Lexington, Kentucky, when she was 8. Her mother is a professor of education at Wright State and her father is a middle school special education teacher.

For the first two years of high school, Embury attended Lafayette Senior High in Lexington. When she was a junior she began attending The Craft Academy for Excellence in Science and Mathematics. The residential program allows students to live on Morehead State University’s campus and take classes focusing on a STEM field. Embury chose to study space systems engineering.

At Wright State, Embury declared mechanical engineering as her major but later switched to mathematics in the College of Science and Mathematics.

“I have always been interested in math for as long as I can remember. It was almost always my favorite subject in school,” she said. “What I discovered at Wright State was that the parts of engineering that I liked were the parts closest to pure mathematics, so I went ahead and switched to that so that I could focus on what I loved.”

Embury said the highlight of her career at Wright State so far was being a teaching assistant in an engineering mathematics course.

“I got to be a teaching assistant in the engineering help room and then I got to lead a recitation,” she said. “It was absolutely amazing, being able to teach the content that I love to people who are interested in it.”

Embury said being a member of Phi Sigma Rho, a social sorority for women in engineering, has made her feel less isolated.

“Especially as a woman in STEM, I am constantly having to prove myself and to justify my right to exist and to be heard in my places of work and education,” she said. “But being surrounded by other women in Phi Rho who don’t see me as competition, who accept and encourage me in my passions, and who are unconditionally kind to me has been a better experience than I ever could ask for.”

When she is not studying or working, Embury crochets to relax.

“I have three big Rubbermaid tubs of yarn in my room and at least five or six unfinished projects I’m currently working on,” she said.

Following graduation, Embury plans to pursue a master’s degree in space systems engineering and a certificate in project management.

“I’d like to continue working on satellite technology as a project manager,” she said. “Eventually I plan on returning to school for a Ph.D. in mathematics so that I can teach math at a university level after I’ve worked in industry for 15 to 20 years.”