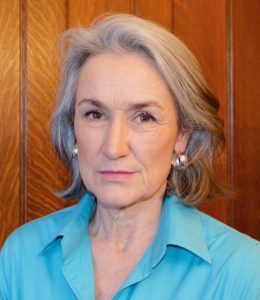 Noeleen McIlvenna, Ph.D., professor of history at Wright State University, has won a prestigious fellowship award from the North Caroliniana Society for her work on the history of the state’s economy.

McIlvenna was one of only four recipients of the 2021 Archie K. Davis Fellowship award for her work titled “Dressed Pork: North Carolina and the Atlantic World Economy.”

The North Caroliniana Society is dedicated to the promotion of increased knowledge and appreciation of North Carolina’s heritage. The society encourages scholarly research and writing in and teaching of state and local history.

The fellowships promote more extensive and intensive research in North Carolina’s history and culture and assist scholars in gaining access to resources contributing to knowledge of the state’s past.

McIlvenna’s Ph.D. studies at Duke University led to the publication of her 2009 book, “A Very Mutinous People: The Struggle for North Carolina, 1660-1713.” Her second book, “The Short Life of Free Georgia: Class and Slavery in the Colonial South,” a book on Georgia in the 18th century, was published in 2015. She recently published a third book, “Early American Rebels: Pursuing Democracy from Maryland to Carolina.”

“I am thrilled to receive this honor, and the support means I can spend the necessary time looking at all the documents in the 17th century collections around the state,” said Dr. No. “The goal is to write an economic history of the 17th century southern colonies ‘from the bottom up’ — that is from the perspective of those on the lower rungs of society’s ladder.”

The title of McIlvenna’s work comes from the fact that little paper money or coinage circulated in the early colonies.

“‘Dressed pork'” served as currency; not the easiest way to conduct business transactions,” she said.