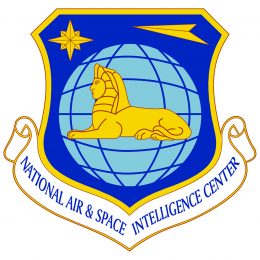 A rare opportunity to learn about career opportunities at the secretive National Air and Space Intelligence Center, whose assessments shape national defense policies, will be afforded to the Wright State University community.

An Evening with the National Air and Space Intelligence Center will be held Tuesday, Nov. 9, from 5:30 to 7:30 p.m. in the Millett Hall Atrium. All participants and attendees must wear masks.

Hosted by the College of Liberal Arts and its Center for Liberal Arts Student Success, the event is open to alumni, students, faculty and staff who have an interest in NASIC or are considering careers in national security or intelligence.

Students can register at wright.joinhandshake.com/login.

The event will feature a presentation, a panel of National Air and Space Intelligence Center (NASIC) professionals who are alumni of the College of Liberal Arts and a networking session.

The center’s workforce is not just limited to engineers and scientists. About 30% are employees with expertise in such areas as political science and international relations. Since the terrorist attacks of 9/11, NASIC has doubled in size. It currently has more than 3,000 employees and a $350 million budget.

“I co-created and developed this program through an excellent partnership with leaders from NASIC’s civilian personnel team in an effort to showcase NASIC and its importance to our national security, its strong relationships with Wright State, and to highlight the power of a liberal arts degree as manifested through the successful careers of liberal arts graduates at NASIC,” said Wayne Stark, director of workforce development for the Center for Liberal Arts Student Success.

NASIC participants in the Nov. 9 will include: