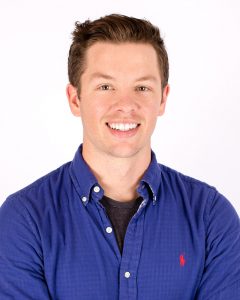 As plant manager of Totally Promotional, Wright State University mechanical engineering alumnus Jake Heuker is a very busy man, working to keep the plant running smoothly and ensuring it ships orders to its customers on time.

Heuker says Wright State gave him the education he needed to better understand the machinery and equipment the company maintains and has built for it.

“And with the flexibility of scheduling classes, I was able to still continue to work and learn to juggle between maintaining everything, which I believed helped prepare me for my current role,” he said.

Totally Promotional is a Coldwater-based promotional product decorator and distributor. It customizes a wide array of products in its production facility and ships upwards of 150,000 items per day during the busy season to customers across the nation. A few of the products offered include drinkware, can coolers, tote bags, backpacks, T-shirts, hats, banners and school supplies.

Today, Heuker manages the plant’s more than 100 employees. Prior to the COVID-19 pandemic, there were more than 200 employees. The company is slowly adding more workers as it rebounds from the pandemic’s effect on every market.

Heuker grew up in Celina. His father is a schoolteacher and his mother is a property manager for an event coordinator.

After graduating from Celina High School in 2008, Heuker enrolled at the Wright State Lake Campus, largely because of its affordability.

“I didn’t want a large amount of student debt, and I knew that at the Lake Campus I could keep my job at the time and continue to save money by living at home,” he said.

Heuker had an early interest in how things are made and put together.

“Growing up I enjoyed tearing down and reassembling whenever I wanted to understand how something worked,” he said. “I can’t say I had a giant ‘light bulb moment’ that pointed me to mechanical engineering itself, however after sitting down with Wright State they helped guide me in the correct direction and informed me of the potential for a program at their Lake Campus facility.”

Heuker said the smaller classes at the Lake Campus made him feel more connected. He said that when he transferred to the Dayton Campus two years later he felt he had more options in the types of auxiliary classes he could take as well as a wider array of engineering labs and tools.

However, when Heuker returned home that summer he connected with Totally Promotional’s owner, who had some projects with which he wanted help.

Heuker was then hired as the production engineer, helping develop new production lines for new products and testing them, maintaining existing machines and managing many large construction products. Five years later he was named plant manager.

When he’s not working at Totally Promotional or helping family members build houses, Heuker raises exotic birds and animals, something he has done since he was child. He currently has East African cranes and peacocks and is one of the few aviculturists in the country to have the colorful ocellated turkey.