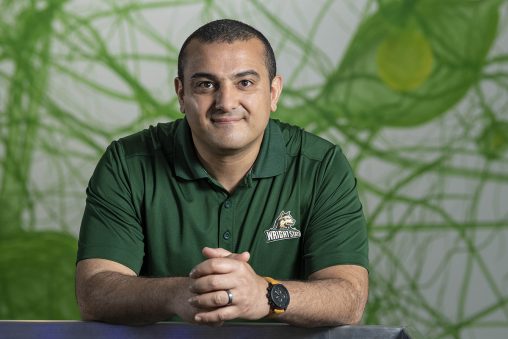 A federal grant will allow Sherif Elbasiouny, professor of biomedical engineering and neuroscience and director of neuroengineering research at Wright State, to continue to investigate the cause of amyotrophic lateral sclerosis.

“What is truly exciting about this grant is that it is a renewal of an existing grant from the National Institutes of Health on the same project,” said Sherif Elbasiouny, Ph.D., professor of biomedical engineering and neuroscience and director of neuroengineering research. “This means that our work will be NIH-funded from 2015 to 2027 straight, which is a remarkable testimony to our lab’s productivity and the value of our work.”

Elbasiouny said the research project employs the lab’s unique expertise in combining engineering and neuroscience techniques to study how neurons that control muscles degenerate in ALS, leading to the death of patients three to five years from diagnosis.

“This project has the high potential of identifying novel disease mechanisms, potentially leading to novel drug targets for new effective ALS treatments,” said Elbasiouny. “This neurodegeneration research, along with the aging research in our lab, allows us to understand how the nervous system responds in normal and pathological conditions.”

ALS starts with the progressive loss of muscle function, followed by paralysis and ultimately death due to the inability to breathe. It is commonly known as Lou Gehrig’s Disease for the New York Yankees star who died from the disease. There is no cure for ALS and no effective treatment to halt or reverse the progression of the disease.

In the first five-year, $1.6 million grant Elbasiouny received, the researchers were able to identify a novel disease mechanism that prior research could not identify, but they were unable to solve the mystery of the disease in full. In the research funded by the renewal grant, researchers have already gotten several steps closer to decoding the mystery of the disease and have identified additional key mechanisms involved in the cell death of motor neurons. 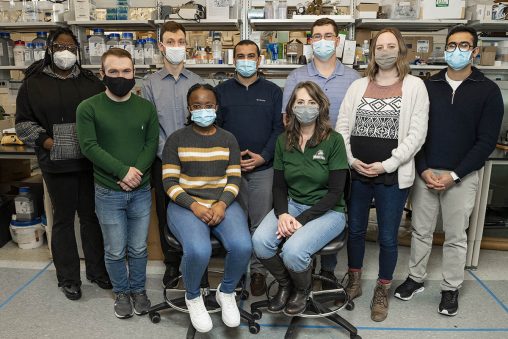 Elbasiouny has joint appointments in Wright State’s College of Engineering and Computer Science, the College of Science and Mathematics and the Boonshoft School of Medicine.

He earned his bachelor’s and master’s degrees in biomedical engineering from Cairo University in Egypt and his Ph.D. in neuroscience at the University of Alberta in Edmonton, Canada. He joined the faculty at Wright State in 2012 after a postdoctoral training appointment at Northwestern University.