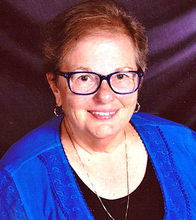 The late Gail Moddeman, Ph.D., the first nurse to have a joint faculty appointment between Wright State University and Miami Valley Hospital, has been recognized as part of the Year of the Nurse Educator.

Moddeman, who lost her battle with breast cancer on Jan. 27, was honored as an essential member of the partnership between Wright State and Premier Health Partners.

“Gail was a highly respected member of both the Wright State University School of Nursing and Miami Valley Hospital, serving and seeking excellence in our nursing community for 60 years,” said Ann Stalter, Ph.D., professor and chair of the School of Nursing, Kinesiology and Health Sciences.

“There are many nurses throughout west central Ohio who serve our community as leaders, advanced practice nurses and teachers because of Gail’s mentoring and service,” said O’Malley. “Many count themselves blessed to have been taught by her in the classroom, the clinical setting and through the example of her life of service.”

The National League for Nurses has declared 2022 as the Year of the Nurse Educator to recognize the essential role nursing educators are playing during the pandemic, to celebrate their historic and continuing inspiration to nurses, and to commemorate the critical role that nursing education plays in preparing a safe nursing workforce and in creating healthy communities.

Members of the Wright State nursing faculty and Sigma Theta Tau, International Zeta Phi Chapter, honored Moddeman for her commitment to nursing in a candlelight ceremony at the Tobias Funeral Home’s Beavercreek chapel on Feb. 4.

Moddeman entered the nursing profession in 1963 after earning a degree in nursing from St. Elizabeth Hospital School of Nursing in Covington, Kentucky.

“We had an eight-bed ward with no running water and no air conditioning,” Moddeman recalled in a 2019 interview. “None of the disposable products that we use in the hospital now. They re-sterilized syringes. They resharpened medical steel needles and re-used them.”

Moddeman began working in the intensive care unit at Miami Valley Hospital in Dayton in 1972.

After earning a Ph.D. in nursing from the University of Kentucky in 2000, Moddeman taught in Wright State’s College of Nursing and Health as a professor of nursing until retiring in 2013.

During her tenure, she directed the graduate Clinical Nurse Specialist track, as well as taught research and gerontology to more than 100 undergraduate nursing students. She also served as a gerontological expert across the nation and did research focusing on older patients and pain.

To memorialize Moddeman’s contribution to nursing education, the School of Nursing, Kinesiology and Health Sciences has established the Gail Moddeman Scholarship.