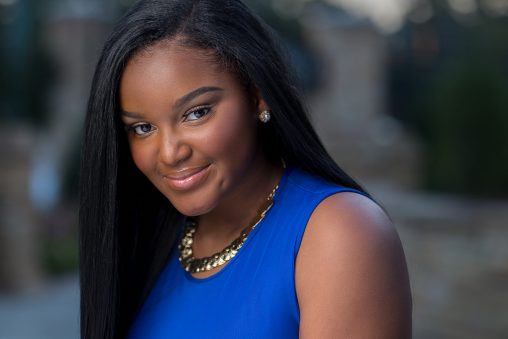 D’Kaylah Unique Whitley has been away from Wright State University’s Dayton Campus since April having quite the professional adventure.

She’s in New York. “Moving to the city has been a whirlwind,” she said. “It’s a whole different world from what I’m used to. I’m learning how to literally navigate New York City — mostly the trains, if you know, you know — while also learning two principal tracks in a Broadway show.”

It’s not just any Broadway show — if there is such a thing as “just any” Broadway show. She’s an understudy in “Dear Evan Hansen,” winner of six Tony awards, a Grammy award and the Olivier award for Best Musical.

Whitley debuted two different roles within four days of each other: Alana Beck on June 3 and Zoe Murphy on June 7. The roles opened up those days because the actors portraying these characters had to call out. Enter Whitley, the understudy.

Whitley, a musical theatre major at Wright State, was nominated to audition for the LINK program. She attended the program for two weeks of workshops, master classes, auditions and more. Shortly after, she auditioned for “Dear Evan Hansen” by Zoom and attended a few in-person auditions.

She learned on March 17 that she booked the role and was told to be in New York City by April 5. “I’ve been here in New York since April 1,” she said.

As an understudy, she learns roles so that she can step in should the full-time actor not be available.

“My normal day is usually rehearsal during the day and the show at night,” she said.

She and the other understudies work on lines and sometimes play games to pass the time. “We’re there just in case — people have been called in mid-show before,” she said.

There is one other thing Whitley has been doing: taking Wright State classes online during the summer so that she can graduate in December.

Her path to Wright State started when she was at Heritage High School Academy for the performing and visual arts in Conyers, Georgia. She had auditioned for musical theatre programs at several universities her senior year and had been accepted by Wright State.

While she was still deciding where to enroll, she attended a thespian conference where she performed an “individual event.” One of the adjudicators was Joe Deer, who at the time was chair of Wright State’s Department of Theatre, Dance and Motion Pictures. They conversed.

“He asked me if I had plans to go to school for theatre and I told him I has been accepted to Wright State! The rest is history. I felt like Wright State had a welcoming environment,” Whitley said. “And I got to like Joe. He was one of the deciding factors.” 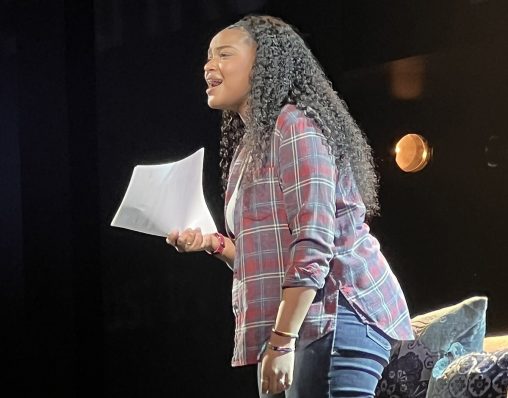 In June, D’Kaylah Whitley debuted in “Dear Evan Hansen” in two different roles within four days of each other.

Deer, who is now artistic director and distinguished professor of musical theatre, shares his enthusiasm for Whitley.

“D’Kaylah is a really wonderful student, now professional. She came to us with an incredibly open spirit, a huge native talent, and a real willingness and eagerness to take everything in that she could in learning her craft,” Deer said. “D’Kaylah has always found a way to find extra opportunities, to figure out what kind of work she was interested in doing and has been quietly very proactive in building professional relationships. I think this is going to serve her so well as she goes forward.”

Deer said he could not be prouder of her for taking advantage of the remarkable opportunity she has with “Dear Evan Hansen.”

She is always interested in learning more. I can’t want to see what all the next chapters will be for D’Kaylah,” Deer said.

Whitley is looking forward to life after graduation.

“The ultimate goal is to always be creating art and perfecting my craft,” she said. “I’ll be auditioning for the next project and hopefully doing a few workshops.”

She’s quick to credit Wright State for helping her succeed.

“Wright State has been a great help through all of my acting classes, dance classes, and voice classes,” she said. “Wright State taught me how to be ready and prepared and to apply the work that I’ve done on paper into the audition room.”

Deer added, “One of the things I like most about Wright State’s theatre program is that we can work with students when incredible opportunities like going into a Broadway show come up. Everyone on our faculty is interested in finding a flexible way of helping students complete this rigorous pre-professional degree. So D’Kaylah is on Broadway, at the pinnacle of her profession, and still completing the very last few courses online through flexible delivery.”

Whitley continues to learn her way around New York — the city and the theatre. And loving it.

“Working with Tony-nominated actors and actresses, learning what they’ve learned and passing that down to me has been very insightful,” she said.