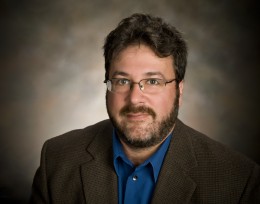 Wright State University will lead a $1 million project to develop computer aids for designing smart air vehicles that adapt to keep flying, even when damaged in flight.

Starting in October, a research team led by John Gallagher, Ph.D., associate professor of computer science, will build and bash small flyers in a laboratory to see how they adapt and how engineers can observe, measure and predict what they do.

The team includes researchers at Purdue University in Indiana and Portland State University in Oregon, with the collaboration of the Air Force Research Laboratory at Wright-Patterson Air Force Base.

The National Science Foundation (NSF) is funding the three-year project.

Gallagher said one goal of the project is to learn better ways to design flying machines that can change their own programming to adapt to changing conditions.

The advantage of such self-teaching air vehicles is that they have a better chance of dealing with unexpected problems. For example, a flapping-wing air vehicle that gets a wing damaged might figure out how to keep flying by working its wings differently.

But a machine’s ability to ad-lib makes it tougher for engineers to troubleshoot or optimize its design.

“You’re trying to build things out of components that are changing the rules of the game while the game is being played,” Gallagher said. “Just like it would be tough to coach a football team where every player can call an audible, it’s hard to apply formal design methods to systems in which computational parts can individually decide how to solve problems.”

NSF is funding the project because air vehicles aren’t the only things facing this problem, Gallagher said.

It’s a growing challenge for designers of a wide range of complex, highly automated systems in which decision making is distributed. Gallagher said the new techniques would be useful in protecting critical infrastructure such as large electric power grids.