Personal reflections by a survivor of Kristallnacht, the “Night of Broken Glass,” will highlight Wright State University’s commemoration of the 75th anniversary of the 1938 attacks in Nazi Germany against Jews.

On this grievous night in 1938, Nazi stormtroopers organized widespread terror and destruction on Jewish people, businesses and synagogues throughout Germany and Austria. Many consider Kristallnacht to have ushered in the beginning of the Holocaust. 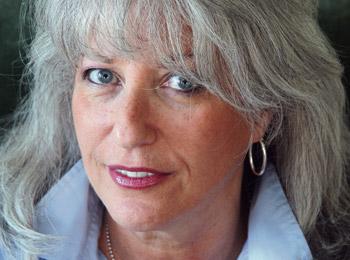 Gina Roitman, a Canadian author, will introduce and screen her recently released hour-long documentary My Mother, the Nazi Midwife and Me at the Commemoration.

This year marks the 75th anniversary of Kristallnacht.

Wright State’s Annual Kristallnacht Commemoration will be held on Tuesday, Nov. 5, at 7:30 p.m. in M252 Creative Arts Center. The program is free and open to the public.

The program will start with personal reflections by Renate Frydman, a survivor of Kristallnacht. Founder and co-director of the Dayton Holocaust Resource Center (DHRC), Frydman has promoted Holocaust awareness programs throughout the Miami Valley for more than three decades. The research materials collected by the DHRC, including a Holocaust film library, are housed in the Educational Resource Center in Allyn Hall and available to the public.

The commemoration will also feature Gina Roitman, a Canadian author, who will introduce and screen her recently released film. My Mother, the Nazi Midwife and Me is a compelling, hour-long documentary that unearths a chilling story that time has almost buried—the systematic murder of Jewish babies in a displaced persons camp in the American military zone after the end of the war.

This film will have its Ohio premiere at Wright State and has just been honored with a MADA (Making A Difference Award) at the eighth annual COMMFFEST, Toronto’s cultural showcase of issue-oriented cinema.