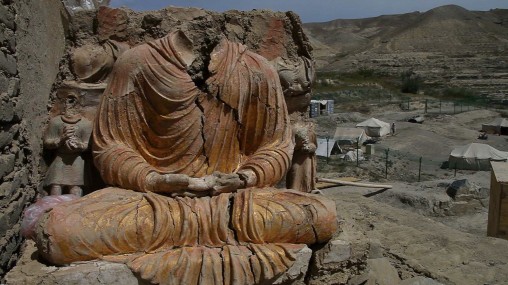 The $100,000 grant will help Huffman complete his latest documentary Saving Mes Aynak. The film follows archaeologists from around the world as they race to excavate Mes Aynak, a 2,000-year-old Buddhist city in Logar Province in Afghanistan, before a Chinese mining company destroys it to create a copper mine.

The documentary was one of 18 film projects to receive a grant from the MacArthur Foundation, which has supported independently produced film and video for more than 30 years. 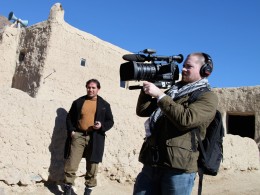 Huffman graduated with a B.F.A. in motion pictures from Wright State in 2003 and is now an assistant professor at Northwestern University’s Medill School of Journalism, where he teaches documentary production and theory.

He said the grant further validates Saving Mes Aynak and the work of the archaeologists at the complex.

“It’s really been this labor of love, a passion project for me,” he said. “I think they see the importance of this site and the importance of this bigger [issue]: what will our legacy be in Afghanistan and what does the future hold for these incredibly important archeological treasures that are facing destruction?”

Huffman will use the grant to add enhancements to the documentary. He plans to bring to the United States musicians from Kabul to record an original soundtrack that Homayoun Sakhi, a famous Afghan composer, is writing for the documentary. He will also have the film professionally sound mixed and color corrected and hire a full-time publicist.

In addition, Huffman has brought in Wright State professor James Klein and professor emerita Julia Reichert to help work on the film. Klein is assisting with editing, while Reichert will serve as a producer and help promote the documentary.

Huffman has had a working relationship with Klein and Reichert going back to his days as a film student at Wright State. Klein helped Huffman edit his prison documentary Welcome to Warren during his junior year at Wright State.

“It’s great to work with them again on this,” Huffman said. 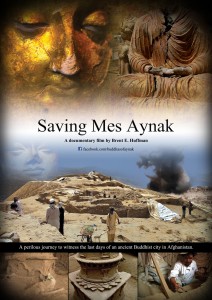 Huffman hopes to complete the film this summer and screen it at festivals and on PBS.

Located 25 miles southeast of Kabul, Mes Aynak is the home of an ancient Buddhist complex located on the Silk Road that functioned as a trading hub and destination for Buddhists traveling on pilgrimage.

It’s also the location of the world’s second largest untapped copper reserve, with an estimated worth exceeding $100 billion.

In order to extract the copper, Chinese companies that won the mining rights to the site will destroy the ancient complex, along with six nearby villages. The mining project will also pollute the area, making it uninhabitable.

More than 400,000 square meters in size, Mes Aynak includes several monasteries, a fortress and commercial and residential structures. Archaeologists have uncovered more than 400 Buddhist statues, hundred of artifacts and dozens of stupes or domed shrines.

While archaeologists have performed “rescue archaeology” using primitive tools and limited funding to extract what artifacts they can, about 90 percent of the site remains underground and unexplored.

Huffman describes the area as incredibly dangerous and difficult to access. In a mountainous desert region, the site is surrounded by Taliban and is regularly the target of rocket fire and landmines.

Many of the international archaeologists recently left the site because of safety concerns.