A Pulitzer Prize-winning author and journalist and an attorney who specializes in immigration and citizenship law will headline Wright State University’s annual Diversity in the Multicultural Millennium Conference Sept. 25–26. The conference explores diversity challenges and promising practices in a modern multicultural context.

The 2014 conference theme is E Pluribus Unum? Immigration and Migration in the U.S. The conference will open Sept. 25 with a welcome reception and program featuring a keynote address by Los Angeles Time reporter Sonia Nazario.

The conference will begin in earnest on the morning of Sept. 26 with a series of concurrent sessions from presenters around the state and a luncheon keynote by immigration attorney and MacArthur Foundation “genius” fellow Margaret Stock.

The conference, to be held on Wright State’s Dayton campus, brings together faculty, staff and students from across the state for a day of insightful workshops, structured discussions, media presentations and activities all designed to foster an understanding of, and commitment to, diversity and inclusion.

About the keynote speakers

Sonia Nazario has spent 20 years reporting and writing about social issues, most recently as a projects reporter for The Los Angeles Times. Her stories have tackled some of this country’s most intractable problems: hunger, drug addiction and immigration. 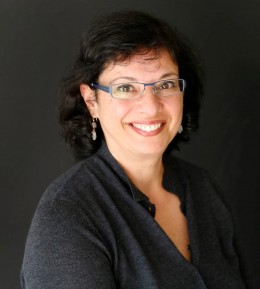 Sonia Nazario has written extensively from Latin America and about Latinos in the United States. She has been named among the most influential Latinos by Hispanic Business Magazine and a “trendsetter” by Hispanic Magazine.

Nazario has won numerous national journalism and book awards. In 2003, her story of a Honduran boy’s struggle to find his mother in the U.S., “Enrique’s Journey,” won more than a dozen awards, including the Pulitzer Prize for feature writing, the George Polk Award for International Reporting, the Grand Prize of the Robert F. Kennedy Journalism Award, and the National Association of Hispanic Journalists Guillermo Martinez-Marquez Award for Overall Excellence.

Expanded into a book, Enrique’s Journey became a national bestseller and won two book awards. It is now required reading for incoming freshmen at dozens of colleges and high schools across the U.S.

In 1998, Nazario was a Pulitzer Prize finalist for a series on children of drug-addicted parents, and in 1994, she won a George Polk Award for Local Reporting for a series about hunger among schoolchildren in California.

Nazario, who grew up in Kansas and in Argentina, has written extensively from Latin America and about Latinos in the United States. She has been named among the most influential Latinos by Hispanic Business Magazine and a “trendsetter” by Hispanic Magazine. In 2012, Columbia Journalism Review named her one among “40 women who changed the media business in the past 40 years.”

Nazzario began her career at The Wall Street Journal, where she reported from four bureaus: New York, Atlanta, Miami and Los Angeles. In 1993, she joined The Los Angeles Times. She is currently at work on her second book.

She serves on the advisory boards of the University of North Texas Mayborn Literary Nonfiction Writer’s Conference and Catch the Next, a nonprofit working to double the number of Latinos enrolling in college. She is also on the board of Kids in Need of Defense, a nonprofit launched by Microsoft and Angelina Jolie to provide pro-bono attorneys to unaccompanied immigrant children.

She is a graduate of Williams College and has a master’s degree in Latin American studies from the University of California, Berkeley. In 2010, Nazario received an honorary doctorate from Mount St. Mary’s College. 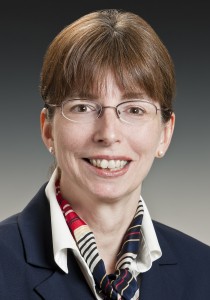 Margaret Stock is a MacArthur Foundation fellow because of her work on the connection between immigration and national security.

She has also worked as a professor at the United States Military Academy at West Point and has served as an adjunct instructor at the University of Alaska.

Stock served as on the American Bar Association Commission on Immigration from 2008 to 2012. She regularly authors articles on military-related immigration issues and is well versed on “parole in place” for military family members and the Military Accessions Vital to the National Interest Program.

In September 2013, Stock was named a MacArthur Foundation fellow (“genius grant” recipient) for her work on the connection between immigration and national security.