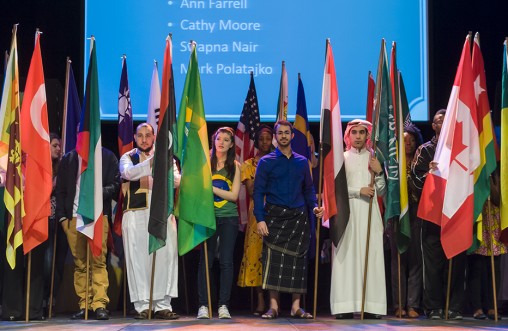 Area universities are experiencing sharp increases in the number of international students, who are drawn by robust academics and stepped-up efforts in recruiting.

Both Wright State University and Cedarville University have seen increases of 20 percent or more.

Cedarville has seen a 26 percent increase in international students since 2010, many of them from Jamaica, Thailand, India and the Bahamas.

Kim Jenerette, executive director of financial aid at Cedarville, said the increase stems from a greater emphasis on recruiting international students and a commitment to providing more financial aid.

“Students are able to experience and understand many different cultures, and this broadens their learning,” he said. “As Cedarville continues to see its awareness grow throughout the world, I anticipate more students from foreign countries will consider Cedarville University.”

Sean Joseph Creighton, president of the Southwestern Ohio Council for Higher Education (SOCHE), said international students have added significantly to American higher education. He said efforts in the region include those of the University of Dayton, which has forged strong connections with China.

“Numerous SOCHE members developed similar relations, while other schools are now starting the process,” said Creighton. “All of this is good news for higher ed in our region because international students bring diversity, culture, language and different perspectives to campus, as well as increasingly adding to the tuition revenues that are critical for sustaining our colleges and universities.”

“This is an effort to promote programs that prepare Americans for a global environment and attract future leaders from abroad to study, learn and exchange experiences in the United States,” said Streeter-Ferrari.

Activities included lectures on ways to welcome and mentor international students, careers in international education and development of education in the Middle Eastern nation of Kuwait.

Events also included a photo contest and display, a cheese, bread and grape juice tasting hosted by the French Club and discussion of “The Cellist of Sarajevo,” a powerful novel about the war in Bosnia told through the eyes of civilians and soldiers in the besieged city of Sarajevo.

Wright State students, faculty, staff and alumni were also able to take part in a photo contest in the categories of landscapes, portraits and cultural depictions.