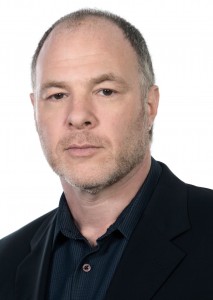 Jackson Katz will give a free talk at Wright State as part of the university’s Year of the Active Bystander program on Oct. 13 in the Student Union Apollo Room.

Jackson Katz, one of America’s leading anti-sexist male activists and internationally recognized for his groundbreaking work in gender violence prevention education, will speak at Wright State as part of the university’s Year of the Active Bystander program.

Katz’ talk — titled “Men, Women, Sex and Violence” — will be held Tuesday, Oct. 13, in the Student Union Apollo Room beginning at 12:30 p.m. It is free and open to the public. A book signing will follow the lecture.

His talk is sponsored by the Division of Multicultural Affairs and Community Engagement and the Women’s Center.

Katz is known for his work in gender violence prevention education in schools, the sports culture and the military, as well as for his pioneering work in critical media literacy.

An educator, author, filmmaker and social theorist, he is co-founder of the multiracial, mixed-gender Mentors in Violence Prevention (MVP) program at Northeastern University’s Center for the Study of Sport in Society. Founded in 1993, MVP was one of the first programs to use a “bystander” model for gender violence prevention; Katz is one of the key architects of the bystander approach.

Today, MVP is the most widely utilized sexual and domestic violence prevention program in college and professional athletics. It has been implemented by a quarter of the teams in the National Football League, a number of Major League Baseball clubs, NASCAR and many other sports organizations.

Since 1997, Katz has directed the first worldwide gender violence prevention program in the history of the U.S. Marine Corps. MVP trainings have been held with U.S. Army personnel in Iraq; the U.S. Navy is currently piloting MVP in four sites around the world; and Katz has served as a subject matter expert and consultant for the U.S. Air Force.

Katz’ award-winning educational video “Tough Guise,” his featured appearances in the films “Wrestling With Manhood” and “Spin The Bottle” and his lectures have brought his insights into masculinity and gender violence to millions of college and high school students as well as professionals in education, human services, public health and law enforcement.

Katz holds degrees from the University of Massachusetts-Amherst and Harvard University and a Ph.D. in cultural studies and education from UCLA.