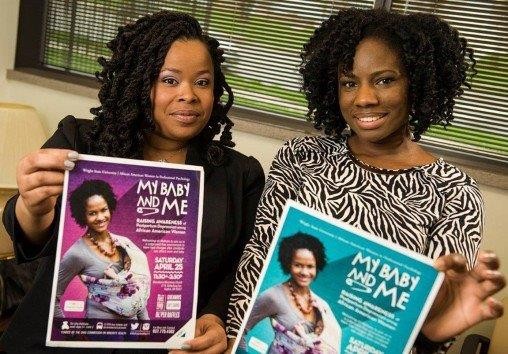 A project to raise awareness about postpartum depression among African-American women has gotten a booster shot, winning state funding that will enable two students from Wright State’s School of Professional Psychology to again host community programs on the topic.

Tawana Jackson and Tawanna Howard received a grant for a second year from the Ohio Commission on Minority Health for their “My Baby & Me” programs. The money will enable the students to host two programs during Minority Health Month next April. Last April, the programs drew more than 100 women and children.

“Once again we aim to reach women and families who are at risk for mental and medical health issues related to parental and environmental stressors,” she said.