‘A Hidden Child’s Story’ to be presented Dec. 2 as part of Wright State Medicine and the Holocaust Community Seminar and Film Series 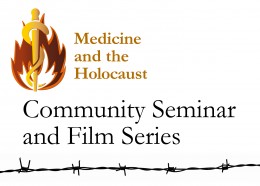 Born in Nazi-occupied Antwerp, Belgium, in 1942, 3-year-old Sam Lauber had little understanding of the occupation or its ramifications when his parents sent him to live with the Detry family in Lalouviere, Belgium. All he knew was that he was being torn away from his parents and the family he loved.

Lauber became one of the estimated 10,000 to 100,000 “hidden children,” who were secreted away by their families to live as members of gentile families who agreed to take them in and protect them from the Nazi occupiers.

Lauber will share his story during “A Hidden Child’s Story,” part of the Wright State University Medicine and the Holocaust Community Seminar and Film Series on Wednesday Dec. 2, at 5 p.m., in the Gandhi Auditorium in White Hall on the Wright State campus.

A screening of “Night and Fog,” a 1955 French documentary short film directed by Alain Resnais about the Nazi concentration camps, will precede Lauber’s presentation. The event is free and open to the public.

Lauber was returned to his parents one year later, but he never learned how they had survived in the year he was away — they never discussed the war or his separation from them.

In 1948, his family, along with many other refugees fleeing war-torn Europe, sailed on the Queen Elizabeth from Cherbourg, France, to New York City to start a new life in the United States. As an adult, Lauber began a long career as a civilian employee for the U.S. Army, eventually becoming a social worker and outreach program manager for mental health in the U.S. Air Force at Wright-Patterson Air Force Base before his retirement.