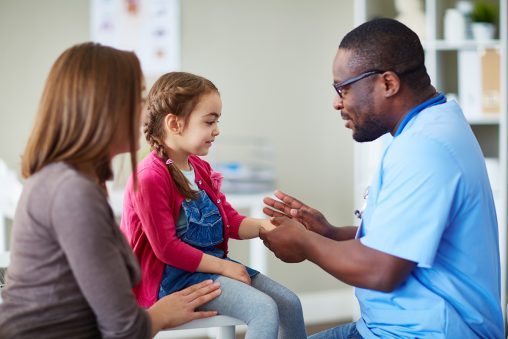 Richard C. Rapp, Ph.D., and John M. Pascoe, M.D., of the Department of Pediatrics at the Boonshoft School of Medicine, coauthored the study “Clarifying Parents’ and Pediatricians’ Views of Partnership,” which was published in the September-October issue of the Journal of the American Board of Family Medicine.

Parents from the suburban practice and the health center as well as pediatricians agreed that 42 of the concepts were important to partnership. Of those, 16 were dropped because they were redundant, leaving 26 that were considered important by both sets of parents and pediatricians. Some of the concepts identified with the highest levels of importance included:

The pediatricians surveyed identified the following concepts with high importance, while the parents did not place as high of a value on these concepts:

Rapp explained that partnership between pediatricians and parents is not a one-size-fits-all phenomenon.

“Although all three groups agreed on many concepts, there were meaningful differences, both among parents and pediatricians and between parent groups,” Rapp said. “It is up to pediatricians to be sensitive to the potential differences between their own views of partnership and those of parents. Careful listening and questioning can help pediatricians be aware what the differences are from parent to parent.”

Pascoe explained that the idea for this study came from a conference he attended four years ago. One of the presenters, who had raised a son with a chronic disability, included a slide in her presentation about the importance of partnership between professionals who care for children and their families and parents.

“Her excellent presentation reminded me of how important partnership is between parents and pediatricians,” Pascoe said.

In his pediatric practice, listening to the parents is very important to understanding how to best help them and their children. Some parents want him to tell them what to do. Others want to be included in decision-making about the treatment plan.

“I’m here to meet these parents where they are and help them,” he said. “Partnership improves the health care outcomes among children.”