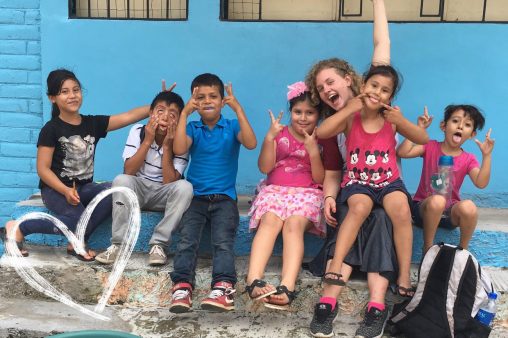 For the past six months, Megan McKarns has lived in El Salvador, working with families and performing mission work.

McKarns, who is double majoring in international studies and Spanish, is concentrating on diplomacy and peace studies and attending Bible school.

During the week, McKarns studies Spanish and takes Bible classes and mission classes on issues about coping with culture shock and intercultural studies. She also visits the neighborhood of Cuscatincingo, where she works with families.

“I have a lot of good relationships with all the families there,” she said.

On weekends, she brings the children in the neighborhood to church and mentors three student leaders. “Working with the students is the best thing ever,” she said. “I love all those kids so much.”

Working in El Salvador, McKarns said, can be difficult because of the way the media portrays the country. She said she sees the news display El Salvador as riddled with gang violence and criminals.

“That’s not how it is at all,” she said. “The people I know are very selfless, they’ll give you everything when they have nothing. It breaks my heart to see the news. Everyone is so respectful and kind.”

McKarns said that the Wright State Office of Latinx, Asian and Native American Affairs has been exceedingly helpful in supporting her throughout her time in El Salvador. She began volunteering for the office during her freshman year.

“The whole community I found in there teaches me so much and they’re so welcoming and willing to teach people,” she said.

In May, McKarns plans to visit the Philippines, where she will work with victims of human trafficking as well as continue her work in local neighborhoods. McKarns said she wants to work to end human trafficking, either by helping victims or raising awareness.