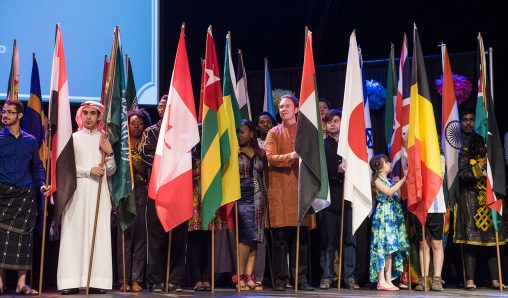 Wright State has expanded its efforts to increase the diversity of its international student population.

Wright State University has reworked its strategy to recruit international students by partnering with two consultant agencies, one based in India and the other in Turkey.

Keeping WSU recruiters abroad can be costly, said William Holmes, associate vice provost for international affairs. The new model the Center for International Education is using to increase the diversity of foreign students on campus has brought in 61 new international recruits, Holmes said.

“By bringing on a full-time person in India, that gives us an opportunity to focus on different regions of India and different academic areas,” Holmes said. “And Turkey is very centrally located to go anywhere. The recruiters are opening doors for us that we simply could not open ourselves.”

A few examples of the new models’ geographic reach include, for the first time, a degree-seeking student from Azerbaijan, an undergraduate computer science student from Ukraine and a student from Brunei, a tiny island nation in the southwest Pacific Ocean.

The contracts WSU signed with the two consultancies both expire after three years, when the university will then either get to decide if it wants to renew or not. Both organizations were strategically picked by the center because of their location and because it steps outside of the historically popular countries the university would attract recruits. The contracts were signed in October 2018 and January 2019.

“It ensures we have full-time boots on the ground, full time representation in new markets,” Holmes said.

Michelle Streeter-Ferrari, director of the University Center for International Education, said the new recruiting model is a big change from the past.

“It helps us be more aware of trends with international students overseas,” she said. “That is something that is going to be very helpful for us.”