Tom Gunlock appointed to the Wright State Board of Trustees 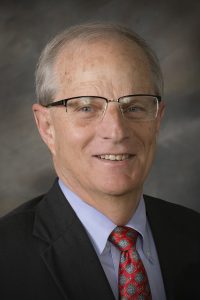 Ohio Gov. Mike DeWine has appointed Tom Gunlock, director of construction and property management at RG Properties in Dayton, to the Wright State University Board of Trustees.

Trustees are appointed to nine-year terms. Gunlock replaces Stephanie Green, who resigned from the board. Gunlock’s term ends June 30, 2026.

From 2017 to 2019, Gunlock was a member of Miami University’s Board of Trustees, serving on the academic and student affairs committee and as vice chair of the board in 2019. He resigned at the request of DeWine so he could be appointed to the Wright State Board of Trustees.

“When I spoke with Governor DeWine I told him I value the role Wright State serves in the region,” Gunlock said, “and if he thought I could a play a small role in helping to bring Wright State University back to its place as a provider of higher education for students in our immediate region while also helping the institution identify other areas of growth that may benefit students from across the nation and from around the world I would move from the Board of Trustees at Miami University to the board of Wright State. With this announcement, I appreciate Governor DeWine’s commitment to the future of Wright State and his support of a vibrant future for the Dayton region.”

Gunlock was appointed to the State Board of Education of Ohio in 2011 and was reappointed in 2014. During part of his tenure, he served as vice president and from 2015 to 2016 as president of the board. He also served chair of the capacity and accountability committees and as a member of the graduation committee.

Gunlock has also served as a trustee of the Miami Valley Child Development Centers Inc., which provides Head Start programs for children at more than 50 locations in Montgomery, Clark and Madison counties.