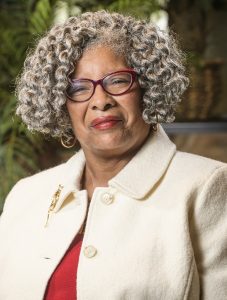 When Donald Altstaetter was growing up, not far from Middletown, Ohio, he overheard a mysterious conversation between a local landowner and a hunter. The landowner was willing to allow the hunter onto his property, but only if he stayed away from a specific area. “If I find out you’ve been there, I’ll never allow you back,” Altstaetter remembers the landowner saying.

Alstaetter is now a retired high school principal in his 90s, yet all these decades later, he has never forgotten that conversation. The landowner’s words remind him of a dark local legend, rooted in several newspaper articles from 1892. Before the Civil War, homes in this part of rural Ohio were a part of the Underground Railroad. Once, the story goes, a nearby cave provided shelter to 21 people who were escaping slavery in the South. But the cave is said to have filled with toxic fumes, and purportedly became a sealed tomb.

More than 150 years after the end of the Civil War, the story of the cave still has a remarkable hold on the local imagination. Marlese Durr, a sociology professor at Wright State University who has studied the legacy of slavery, calls it “one of the first mysteries of the Underground Railroad in Ohio.” Durr hopes that it will inspire people to look more closely at history, and help them see that slavery is not a closed chapter. “They think it is over, but it isn’t over,” she says.

On a late-winter day in early 2019, before invasive honeysuckle has had a chance to strangle the forest floor, Altstaetter walks slowly toward the edge of a patch of woods. His steps are labored, his walker sinks into the mud with each step. “Up there,” he says, referring to the cave. “It’s up there.” Years earlier, he had seen a spot where the rocks looked disturbed and inconsistent with the surroundings.

Above him, runoff from a spring cascades down a hillside, covering jumbles of boulders in a watery sheen. Madison Township, on the west side of the lumbering Great Miami River near Middletown, is honeycombed with numerous such creeks, ravines, abandoned mines—and, just maybe, caves.

Chris Carberry, a longtime local who has searched for the cave, has joined today’s search. We leave Altstaetter on the path below, wondering whether we could solve a mystery that has haunted this township for generations. Following Alstaetter’s instructions, we climb and inspect a gorge, examining the occasional boulder, scrutinizing each outcropping of rock.

But after two hours of searching, we come up empty. Halfway up the slope, there were some neatly laid rocks, as if someone had once tried to build a wall here. But there is no sign of a cave.

Read the entire story at atlasobscura.com