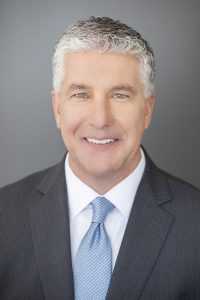 Bryan Bucklew, a political science graduate of Wright State, is president and CEO of the Hospital Council of Northern and Central California.

He replaces Vishal Soin, whose term expired Sept. 13. The other national trustees, which serve as ex officio, non-voting members of the board with additional expertise the trustees need, are Anuj Goyal, Ricky Peters and Brittney Whiteside.

Bucklew graduated from Wright State in 1992. Since 2018, he has served as president and CEO of the Hospital Council of Northern and Central California, a 219-member hospital association in California covering cities such as San Francisco, Sacramento, Oakland, San Jose and Fresno.

Previously, he served as president and CEO of the Greater Dayton Area Hospital Association from 2005 to 2018, vice president for public policy and economic development of the Dayton Area Chamber of Commerce from 1997 to 2005, and district director for U.S. Rep. Tony Hall from 1992 to 1997, according to Wright State.

Bucklew received a bachelor’s degree in political science from Wright State and a master’s degree in public administration and an emerging leader master’s certificate from the University of Dayton. He is an Ohio native.

Bucklew has served in leadership positions on numerous boards and community programs, including as a member of the Federal Reserve Advisory Board of Cleveland and as chair of the Greater Dayton Regional Transit Authority, Equitas Health and the Conference of Metropolitan Hospital Associations.

Bucklew also served on the Special Committee on Medicine and Health of the Wright State Board of Trustees and as an adjunct faculty member. He received the Outstanding Alumni Award from the College of Liberal Arts.