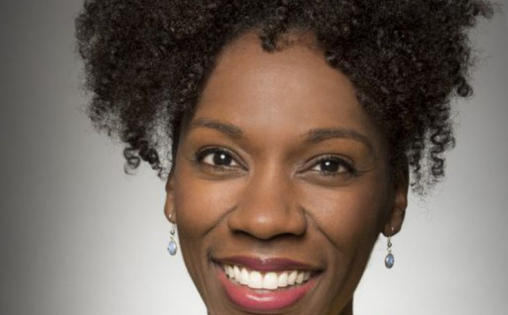 Blake will play the featured role of Ruby Donaldson on the hit show, currently in its sixth season. Inspired by its co-creator and executive producer Dr. Phil McGraw, “Bull” stars Michael Weatherly as Dr. Jason Bull, a psychologist and trial-science expert who owns and operates Trail Analysis Corporation (TAC).

Tonight’s episode, the season’s fifth episode, is titled “King Bull.” CBS’ official description reads, “The TAC team asks Bull to step aside when they fear his recent issues could negatively affect their defense of a business mogul accused of being mentally unfit to lead his company.”

Blake says the episode, filmed in New York in September, is a nod to Shakespeare’s “King Lear” and includes Frankie Faison (“Coming to America”) as the frazzled patriarch.

“My older sister and I believe our dad is in trouble because he’s exhibiting really erratic behavior. We are at the helm of a very successful automotive company and losing millions of dollars by the minute. I was so pleased to be a part of this Black family seen in sort of a different space from a lot of Black families you see on TV. This family is affluent, with good money, and the sisters are three dynamic, sharp Black women. I really enjoyed my time on the set from the cast to crew. Everybody was gracious and really lovely.”

Blake’s WSU credits include “The Piano Lesson” (under the direction of the late Sheila Ramsey) and “Ragtime” (under the direction of Greg Hellems). Her numerous professional credits include the first national tour of “The Book of Mormon,” national tour of Elton John and Tim Rice’s “Aida,” “Nefertiti: A Musical Romance” (Deeply Rooted Dance Theater), “Black Nativity” (The Classical Theatre of Harlem), “Hairspray” (Music Theatre Wichita), “Jitney” (Human Race Theatre Company) and “Little Shop of Horrors” (Cincinnati Playhouse in the Park). She has also traveled the globe working for Disney Cruise Lines and Universal Studios Japan.

Pre-pandemic, she opened the San Francisco production of the acclaimed, Tony and Olivier Award-winning epic “Harry Potter and the Cursed Child.” She will resume rehearsals at the end of this month covering the roles of Hermione Granger and Ginny Potter. The production re-opens in San Francisco in January.

“San Francisco is not really a theater town, it’s more known for the wineries and Muir Woods, so it doesn’t have a built-in audience like New York, but people have been really receptive,” she said. “Honestly, J.K. Rowling has been so kind and gracious. She believes in the production so much and everybody in the show has to (meet) her approval so she’s definitely involved.”

Most recently, the New York-based actress wrapped an episode of Queen Latifah’s CBS drama “The Equalizer,” which could air as soon as next month. She notably appeared on CBS’ “Blue Bloods” last March.

“I’m so thankful,” Blake said. “It’s a crazy, uncertain time for everybody right now. I thank God for anything that has come my way.”