One of Mary Leal’s students recently asked her a question about internet romance scams.

“Boy, did that class get an earful,” Leal said. 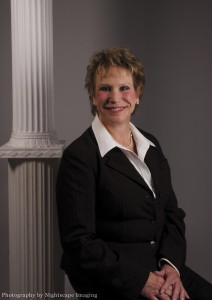 Mary Leal said scammers, sometimes referred to as “catfish,” can be found around the globe. Leal said they are most common in Nigeria, Ghana, Benin, Kenya, Somalia, Russia, Indonesia and the Philippines.

The adjunct professor in Wright State’s Crime and Justice Studies program has been intentionally giving an earful to anyone who will listen. She appeared on a recent episode of the television show Dr. Phil to discuss internet romance scams. Leal spent a weekend in California filming the segment, including a 2.5-hour on-camera interview.

The Dr. Phil episode included “Sandie,” who sent more than $63,000 to an online scammer in Ghana. “Sandie” sometimes stuffed cash into cereal boxes before sending them overseas.

“I first started looking at this when a friend of mine, a retired teacher who was widowed, sent $18,000 over six months to a scammer in Nigeria,” Leal said. “I asked her, ‘Why didn’t you tell me earlier?’ and she said, ‘Because I knew you would have yelled and screamed at me.’ ”

Leal said she hopes yelling, screaming and public appearances can help warn lonely people of the potential dangers of internet dating … especially when the object of one’s affection demonstrates poor grammar and spelling skills and soon begins asking for money.

Scammers, sometimes referred to as “catfish,” can be found around the globe. Leal said they are most common in Nigeria, Ghana, Benin, Kenya, Somalia, Russia, Indonesia and the Philippines. Leal said she has seen examples of children learning the trade as young as age 5 and income from scamming being used to fund terrorist activities.

“There is no venue, no jurisdiction,” Leal said. “Even Interpol knows enforcement isn’t a realistic hope because, in some countries, even the police are involved. The dating sites could care less. You can never recover the money you’ve lost.”

Leal once set up several “bait” profiles on online dating sites and was targeted by a scammer within three minutes. She traveled to Nigeria and found her man “George”—as well as entire banks of computers being used by other scammers.

Stolen identities and photos are also part of the problem. Leal has been working to help people like Robert Frost, a former male model and race car driver whose picture has been used by scammers on as many as 90 different dating websites.

Leal first appeared on television during a CBS News Early Show segment on internet dating scams that aired in November 2008. She had begun researching the topic a year earlier and was recommended to CBS by Jeff Hoffman, who founded a website that focuses on revealing the false identities and photos used by scammers.

Wright State first hired Leal to teach in 2005. Her 2013 fall semester classes include Criminal Investigation and Cyber Crime. She has also taught criminology, sociology and other courses. Leal retired from the City of Dayton Police Department in 1994 and is currently a partner and expert witness for Integrated Court Services of Vandalia.

“There is no legal cure for this crime,” Leal said “The only thing we can really do is increase awareness to help prevent more people from becoming victims.”