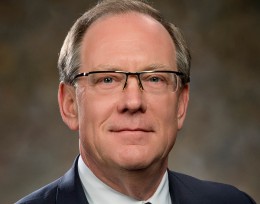 Dennis Andersh has only been at the Wright State Research Institute for a few months, but he looks totally at home in his new role.

The former local leader of Leidos (known as SAIC until recently) has been tabbed to spearhead growth at the institute, which is known for a variety of work such as neuroscience and human performance. Until now, its market has typically been the Dayton area and Wright-Patterson Air Force Base.

I sat down with Andersh at his office this week to talk about broadening the institute’s base, which could bring in massive dollars and elevate it — and the university — to a whole new level.

Read the interview from the Dayton Business Journal.